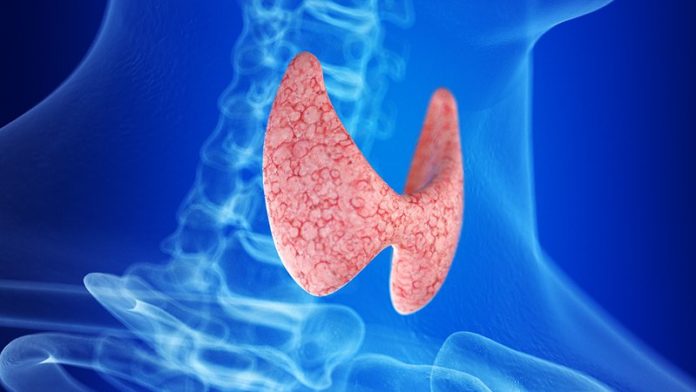 Although an FNAC diagnosis is pivotal in differentiating benign from malignant thyroid nodules, it is unable to “predict an NIFTP lesion conﬁdently.”

Of more than 900 cases of NIFTP that were included in the analysis, the majority were cytologically indeterminate and the rest were read as nondiagnostic, benign, or malignant.

Based on these findings, additional cytological and/or molecular characteristics need to be identiﬁed to increase the accuracy of presurgical diagnosis for NIFTP, say the authors.

The findings were recently published in Thyroid by Pierpaolo Trimboli, MD, Department of Nuclear Medicine and Thyroid Centre, Oncology Institute of Southern Switzerland, Bellinzona, and colleagues.

“NIFTP is cytologically classified in several categories of the Bethesda system,” said Trimboli. “The large majority of NIFTP is read at cytology as indeterminate, as class III or IV.”

In summary, he noted, NIFTP cannot be diagnosed on cytological samples.

“Remarkably, all studies published until now included retrospective series enrolled before [the] NIFTP era, when the preparation of histological specimens could not allow to diagnose/exclude NIFTP,” Trimboli added. “This represents a significant limitation of this literature.”

Medscape Medical News asked a number of experts to comment on these new findings.

Maria Papaleontiou, MD, assistant professor in the Division of Metabolism, Endocrinology and Diabetes at the University of Michigan, Ann Arbor, reiterated that NIFTP have recently been introduced as a new entity of neoplasms with low malignant potential.

“As per this review of 15 studies…we don’t have a way of definitively detecting these tumors before surgery as they don’t carry any specific cytological features on fine needle aspiration,” she noted.

Others told Medscape Medical News that, in the future, new molecular genetic tests performed by fine needle aspiration may help to differentiate NIFTP if indeed a specific “genetic signature” can be attributed to it.

Being able to predict an NIFTP lesion pre-operatively would be impactful for patients and physicians in order to guide surgical treatment and tailor management to patients, Papaleontiou stressed.

And it would raise another question — the issue of whether it would be possible just to monitor patients with “watchful waiting” rather than surgically remove NIFTP.

Majority of NIFTP Are Indeterminate

NIFTP was previously classiﬁed as an encapsulated, noninvasive follicular variant of papillary thyroid carcinoma, but is now considered a lesion with indolent behavior.

The cytological features of NIFTP are not speciﬁc and can overlap with other tumor types, and a speciﬁc cytological diagnostic category for NIFTP does not yet exist. Therefore, the ability to diagnose these tumors correctly can significantly impact the management of patients.

In their study, Trimboli and colleagues conducted a literature review and meta-analysis to find more robust evidence of the cytological features of NIFTP.

A total of 15 articles were included in their final analysis, with a sample of 915 histologically confirmed NIFTP lesions for which a preoperative FNAC was available.

The “majority of these cases are cytologically assessed as indeterminate, and the others may be read as nondiagnostic, benign, or malignant,” reiterate Trimboli and colleagues, and “further cytological investigations are needed in order to develop a tailored management of these cases.”

Asked by Medscape Medical News to expand upon what these findings mean, Brian Kim, MD, chief, Division of Endocrinology and director, Thyroid Cancer Program at Rush University Medical Center, Chicago, Illinois, pointed out that NIFTP is “a diagnosis that requires the pathologist to see that the tumor is separate from the surrounding tissue.”

“It cannot be diagnosed by looking at clumps of cells taken from inside the nodule, as you must see the borders by definition,” he explained.

“However, in the future, if we can figure out at the genetic level why these nodules form, and if they can be found to have a genetic signature, then the new ‘molecular genetic tests’ used with fine needle aspiration may allow presurgical identification,” he predicted.

And Trevor E. Angell, MD, an assistant professor of clinical medicine in the division of endocrinology, diabetes, and metabolism at Keck School of Medicine, University of Southern California, Los Angeles, noted that this study gives the strongest indication to date that the majority of NIFTP will be found within the indeterminate cytologic categories (Bethesda III, IV, V).

“The predominant take home is that definite identification of NIFTP by cytology remains challenging because of diverse and nonspecific findings,” he said.

He noted that some authors have already suggested that certain cytologic patterns may suggest NIFTP, as NIFTP typically do not contain the striking nuclear features that are highly suggestive of papillary thyroid carcinoma.

“Aspirates with more mild nuclear changes but lacking these clear nuclear features, and thus suggesting possible NIFTP, should probably be called suspicious or Bethesda V to preserve the high accuracy of the malignant cytology for ‘true’ cancers,” he added.

“However, features that suggest NIFTP also suggest its malignancy counterpart, follicular variant of papillary thyroid carcinoma (PTC), and do not distinguish between the two.”

Should NIFTP Be Surgically Removed or Not?

So while identification of cytologic features may help tailor treatment, it wouldn’t necessarily help answer the question of whether or not NIFTP should be surgically removed, Angell pointed out to Medscape Medical News.

“Molecularly, NIFTP predominantly carry mutations in the RAS gene, so identification of this in an FNAC sample can also suggest NIFTP. But, similar to cytology, such mutations are also found in the follicular variant of PTC or follicular thyroid carcinoma.

“Until now, removal of NIFTP has been considered justified because there are no means to distinguish it from thyroid cancers while in the body.

“But…were this to change, and an accurate method to do this [becomes] available, strong consideration would be given to observing such nodules rather than removing them surgically,” Angell explained.

“However, while we have confidence that patients have little to no risk of metastatic disease from NIFTP after removal of these lesions, there are no data about the natural history of NIFTP that are left in the body and observed.”

These patients, he added, “would need to be monitored until long-term follow-up data could substantiate that this is indeed safe and appropriate management for NIFTP.”

The authors, Papaleontiou, Kim, and Angell have reported no relevant financial relationships.