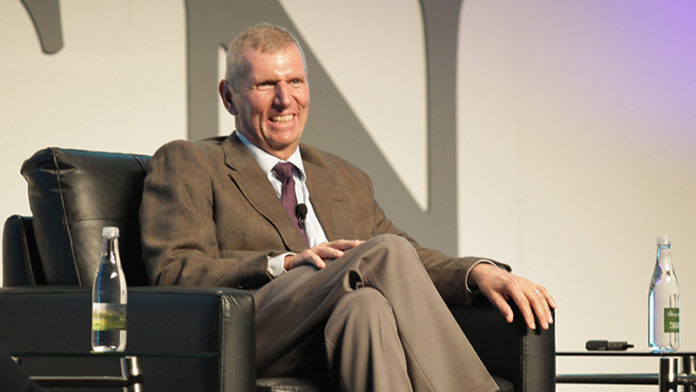 ORLANDO, Florida — “Emergency medicine is a first-impression business,” says Jeffrey Backer, MD, 59, Orlando, Florida. “You walk into a room and a patient has confidence in you or they don’t.”

These days, Backer’s first impression “is not all that confidence inspiring” to his patients, he commented to Medscape Medical News. “I do what I can to put them at ease.”

Backer, who works for Emergency Physicians of Central Florida at a number of Orlando hospitals, wears multiple layers of protective gear to guard himself against germs.

Every day, he dons eye goggles, then pulls on a full facial plexiglass mask, and wears synthetic gloves. “It’s not a good visual for patients,” he admits.

The gear stays on all day. “The ER is just a petri dish of disease and you’re walking through clouds of who knows what. Even when I’m not seeing patients, I wear this get-up,” he told Medscape Medical News.

The protection is necessary because his immune system has been weakened after extensive treatment for an aggressive lymphoma, starting in 2014 — three lines of chemotherapy, a stem cell transplant, and finally, a chimeric antigen receptor (CAR) T-cell therapy that has saved his life.

The CAR T-cell therapy was “a miracle treatment” given his poor prognosis, Backer told the audience here at the National Comprehensive Cancer Network (NCCN) annual meeting. He now has no evidence of diffuse large B-cell lymphoma nearly 3 years after receiving the novel cell-based therapy.

“The limitation is, in my case, the never-ending potential for a catastrophic infectious disease,” said Backer, who currently works in an ER with 90,000 patient visits a year. “It’s always in the back of my mind.”

He has had the flu repeatedly and a fungal infection since returning to work.

Given his vulnerabilities, Backer understands that his work choice is looked at with skepticism.

“People ask me, ‘Why did you go back to the ER?’ I tell them it’s in my DNA. It’s what I do’,” Backer said. He has other options such as doing medical malpractice reviews — but that’s not him.

The ER helped him recover, he suggests. “That motivation to get back to work — even if it was premature — kind of helped me with my ultimate recovery,” he said.

Also sharing the stage at the NCCN meeting, Frederick Locke, MD, a hematologist-oncologist at Moffitt Cancer Center in Tampa, Florida, and one of a team that uses CAR T-cell therapy, beamed: “We’re glad you are here with us.”

Locke told the audience that Backer had the worst case of prolonged cytopenia that he has ever seen. Prolonged cytopenia, or long-term depleted blood cells, occurs in about 30% of CAR T-cell patients, he noted.

Backer was aware of his immunologic vulnerability. “I know I had weak [bone] marrow from all the rounds of chemotherapy that I had” but he did not expect the cytopenia.

“There’s nothing like having a hemoglobin of 5 and platelet count of 7…it’s shocking that people can survive these numbers,” he said.

Eventually, his counts rose, but Backer’s case has been special, commented his physician.

Still, Locke suggested that Backer will be okay. “They do say that physicians make the worst patients,” he joked.

Backer recounted his encounter with lymphoma and its treatment.

It began in 2014, when he was visiting his daughter in New York City, but found that he couldn’t keep up his usual pace in the big city. Soon after, profuse night sweats and other symptoms followed. A CT scan and further testing revealed an aggressive lymphoma.

“I felt great, went back to work, and I was so confident that I was cured that I even had them take my [chemotherapy] port off,” he said.

A month later, he relapsed — strongly. “Just a total mess,” he summed up.

More chemotherapy produced another remission, which allowed an eventual autologous stem cell transplant, which was followed by another relapse only months later.

At this point, Backer’s chances of long-term survival were “close to zero.”

All along, Backer wanted a plan B. He searched ClinicalTrials.gov and found a CAR T trial at Moffitt Cancer Center in Tampa. “I had no idea what CAR T was,” he said.

In June 2017, after multiple lines of failed treatments, he underwent treatment with the CAR T-cell therapy axicabtagene ciloleucel (axi-cel) (Yescarta, Gilead/Kite). “I was totally unprepared for the CAR T,” he acknowledged.

Immediately after the treatment, it felt like “a nuclear bomb set off,” Backer said about experiencing cytokine release syndrome (CRS), an adverse event of CAR T-cell therapy. The reaction included high fever, writhers, and encephalopathy. A CT scan to look for a possible infection associated with the reaction showed an outstanding cancer outcome. “I was disease free after less than a week [from treatment],” he said.

Moffitt and other centers have learned a lot about managing CAR T from experiences such as Backer’s — and have done so quickly.

Like Backer, Moffitt wasn’t fully prepared for CRS, said Alix Beaupierre, BSN, RN, nurse coordinator, who participated in the panel talk at the meeting along with Backer and Locke.

For starters, the center needed an education program to prepare patients and loved ones for the shock of CRS.

Moffitt staff created one-page handouts on CRS as well as neurotoxicity and the apheresis process (which takes about 3 weeks). Eventually they refined those documents into more easily comprehended flow diagrams.

Patients now receive a detailed day-by-day calendar that is a timeline of anticipated reactions to the powerful immunotherapy. In addition, Moffitt runs a pre-CAR T-cell treatment class for patients. “We teach them what to expect,” she said.

Inpatient recovery is typically 10 to 14 days and the process can be “rocky,” added Locke. “These side effects are manageable but not easy,” he said.

With education in place, “the patient experience is different” and improved, said Beaupierre.

In terms of the future, Backer suggests peer support would also be invaluable. “We’ve just started to implement that with our CAR T-cell patients,” announced Beaupierre.

Backer has served as a peer counselor for another physician who is undergoing CAR T at Moffitt. “He needed to hear from somebody who’s gone through it — somebody who does what he does — that there’s life after CAR T. That I’m back at work. That once you get over this hump, if you get over it successfully, you’re done. Your cancer is over.”

Backer added: “There’s not a lot of treatments out there where you can say, ‘This is it, we’re done.'”

Locke has disclosed relationships with Kite/Gilead, the manufacturers of axi-cel, and Novartis and Cellular Biomedicine.