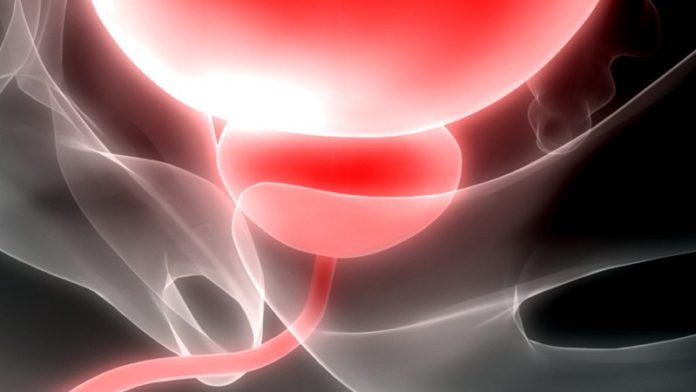 An easy to use and free online risk estimate model can predict the survival benefit from different treatment approaches to nonmetastatic prostate cancer, which is a first among such prognostic tools, say UK researchers.

The Predict Prostate tool, presented by the University of Cambridge and endorsed by the UK National Health Service (NHS) and Public Health England, is available online to help inform the decision-making process for patients and clinicians alike.

To develop the tool, Vincent J. Gnanapragasam, MD, PhD, and David R. Thurtle, MD, from Department of Surgery, University of Cambridge, UK, and colleagues examined data on more than 10,000 men diagnosed with nonmetastatic prostate cancer over a 10-year period.

Developing a model from commonly available information, such as age, prostate-specific antigen (PSA), and clinical tumor stage, the team were able to predict survival outcomes with a high concordance index (C-index) in a range of likely clinical scenarios.

The model, published on March 12 in PLoS Medicine, was also tested in a Singaporean cohort of over 1500 patients with prostate cancer, and achieved similar results and performed better than standard patient stratification criteria.

Thurtle said in a release that the model is designed for men choosing between active surveillance and treatment such as surgery.

“This is the choice that faces nearly half of all men who are diagnosed with prostate cancer. We hope it will provide a more accurate and objective estimate to help men reach an informed decision in discussion with their consultant,” he said.

Gnanapragasam added: “We believe this tool could significantly reduce the number of unnecessary, and potentially harmful, treatments that patients receive and save the NHS millions every year.”

“It will also show men who do need treatment a realistic estimate of their survival after treatment,” he added.

The Tool vs Clinicians

To determine whether the estimates from Predict Prostate would indeed improve clinical decision-making, the researchers presented 12 patient vignettes to almost 200 prostate cancer experts, with or without the model estimates.

The results, presented as a poster on March 15 at the European Association of Urology (EAU) 2019 Congress, revealed that, without the Predict Prostate results, clinicians overestimated both the lethality of the disease and likely benefit of radical treatment.

When they saw the vignettes alongside the model estimates, they revised down their likelihood of recommending radical treatment in 75% of cases.

“So we could see from that that having a tool like this can have quite an impact on how clinicians counsel patients,” Gnanapragasam told Medscape Medical News.

He continued: “One of the key problems is that there is no standard way by which patients are counseled about prostate cancer and, unlike other cancers where there’s usually a first step of treatment followed maybe by decisions around additional treatment, in prostate cancer that point is much starker.”

Recognizing that some clinicians may find it “uncomfortable” to use the model, Gnanapragasam said: “We’re hoping to get the message out and, ultimately, to make sure that everyone, no matter where they are in the world, gets the same chance of looking at the data, rather than just being influenced by who they speak to at the time.”

The researchers note that the “vast majority” of men presenting with prostate cancer have localized or locally advanced disease, which confers a “significant” healthcare and economic burden.

They say that treatment decisions for these patients are, however, “notoriously complex,” with clinicians required to balance the risk of cancer-related mortality with the potential morbidity of treatment and competing mortality risks.

Moreover, evidence from randomized controlled trials has shown that conservative management (ie, watching) is noninferior to radical therapy for many men with early stage disease.

Despite numerous tiered stratification systems and national and international guidelines, the team says there are “no high-quality individualized prognostic models available for clinical counseling and decision-making.”

How to Build a Better Tool

To plug this gap, the researchers gathered data from the UK National Cancer Registration and Analysis Service on 10,089 men with nonmetastatic prostate cancer diagnosed between 2000 and 2010 in Eastern England.

The team randomly split the cohort in a 70:30 ratio into development (n = 7063) and validation cohorts (n = 3026), developing models for 15-year prostate cancer-specific (PCS) and nonprostate cancer (NPC) mortality along the same lines as the Predict breast cancer model.

In the UK development cohort, 842 men died from prostate cancer and 1821 died from other causes over 15 years. In the validation cohort, 360 and 806 men died, respectively.

Over a median follow-up of 9.8 years, there were 82,887 person-years of follow-up. Overall, 1997 men underwent conservative management, of whom only 114 converted to radical treatment during follow-up.

Comorbidity was a predictor of NPC but not PCS mortality, and age also independently predicted NPC mortality.

When they applied the model to the UK validation cohort, the team found there was an absolute difference between observed and predicted PCS and overall mortality of less than 1% at 10 years.

They calculated that, using the model, there was no significant difference in observed and predicted deaths over 10 years for either PCS (P = .19) or overall mortality (P = .43).

The model also showed good discrimination for PCS mortality at 15 years, with a C-index of 0.84.

Moreover, the model was superior to the current EAU, National Comprehensive Cancer Network, and Cancer of the Prostate Risk Assessment risk stratification criteria for both PCS and overall mortality (P < .001).

Next, the team performed an external validation of the model in a Singaporean cohort of 2546 men with prostate cancer, who had a median follow-up of 5.1 years.

There were 133 PCS and 283 NPC deaths in this patient group.

The model again had good discrimination for PCS mortality at 15 years, at a C-index of 0.82, with no significant difference between observed and predicted deaths for NPC deaths.

In terms of predicting overall mortality, the model performed significantly better in the external validation cohort than all three comparator stratification criteria (P < .001) and performed better than the EAU criteria for PCS mortality.

Following development of the model, researchers tested the impact of the Predict Prostate model on clinician understanding of prostate cancer prognosis and treatment recommendations.

The researchers received 190 responses from 121 urologists and 32 oncologists.

Only 19.3% were currently using any prediction tool based on survival estimates in routine clinical practice.

The team showed that, in 11 of 12 vignettes, clinician estimates of 15-year PCS mortality were higher than those suggested by the Predict Prostate model, at an average 1.9-fold overestimate of disease lethality.

When clinicians viewed the Predict Prostate estimates alongside the clinical data, the likelihood of recommending radical treatment was reduced in nine of the 12 vignettes.

The team notes that the most evident reductions in radical treatment recommendations were seen in intermediate-risk cases.

Although clinicians overestimated the treatment survival benefit when only presented with clinical diagnostic information, they reported that the estimates from the Predict Prostate model were in-line with their expectations.

Discussing the validation of the model, Gnanapragasam emphasized that the UK cohort was largely comprised of white men, although the smaller Singaporean group consisted of Chinese, Indian, and Malay men.

He said: “My view would be that, actually, the race factor is important but maybe not as important as people might think.”

“It’s really about the pathology, the staging, what the biopsy shows, which are universal to any patient, and in the model we also put the BRCA mutation, which we know has a clear impact,” he added.

Next, the researchers plan to develop a similar model for metastatic prostate cancer, to be called Predict Prostate Plus.

Gnanapragasam said: “It is much more complicated because there are quite a lot of overt variables and, to be frank, there wasn’t really a need to do it until recently because, by and large, your treatment pathways were pretty uniform.”

The work was supported by the Urology Foundation Research Scholarship and Evelyn Trust Cambridge. Infrastructure support was received from Cancer Research UK Cambridge Centre. The authors have reported no relevant financial relationships.