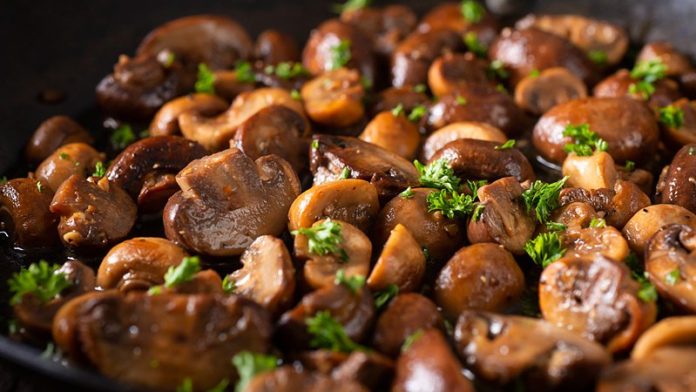 Older adults who consume more than two standard portions of mushrooms per week may have as much as a 50% reduced odds of developing mild cognitive impairment (MCI).

Investigators analyzed data from over 650 participants (aged ≥ 60 years) from the Diet and Healthy Aging (DaHA) study in Singapore and found that, compared with participants who consumed mushrooms less than once per week, those who consumed more than two portions per week had a reduced odds of MCI.

The association was independent of factors such as age, gender, lifestyle factors, and comorbidities.

“Our cross-sectional data support a potential role for mushrooms and their bioactive compounds — especially ergothioneine, which is a compound with antioxidant and anti-inflammatory properties — in delaying neurodegeneration,” he said.

The study was published online March 12 in the Journal of Alzheimer’s Disease.

“Emerging evidence has suggested that mushrooms may have neuroprotective properties,” the authors write.

However, to date only two epidemiological studies have examined cognitive benefits of mushroom consumption in community-living elderly people.

Despite the “promising” findings of these studies, it “remains unknown if mushroom consumption is associated with reduced odds of having MCI,” they note.

“We wanted to identify dietary factors and plant-based bioactive compounds that can prevent cognitive decline and dementia,” Feng recounted.

To investigate the question, researchers analyzed data from 663 participants (aged ≥ 60 years) who participated in the DaHA study, a community-based study in Singapore that “aims to identify dietary factors that are associated with healthy and functional aging and reduced risk of age-related conditions such as dementia and MCI.”

The sample consisted of 90 people with MCI and 573 people with normal cognitive function.

Six types of mushroom were included: golden, oyster, shiitake, white button, dried, and button mushrooms that were canned and drained.

A “portion” was defined as three quarters of a cup of cooked mushrooms, with an average weight of around 150 g, with two portions equivalent to approximately half a plate.

Researchers also used the Diagnostic and Statistical Manual of Mental Disorders, 4th edition (DSM-IV) criteria to diagnose dementia and psychiatric disorders, excluding participants with these diagnoses from the analysis “because dietary changes are likely to happen as the consequence of those conditions.”

In a further analysis, researchers also controlled for variables such as body mass index (BMI), arthritis, cancer, and the consumption of meat, green vegetables, fruits, or nuts.

Participants with MCI were found to have a higher proportion of hypertension, diabetes, and stroke, were less active in terms of social activities, and had lower MMSE scores than participants without MCI.

Mushroom consumption was significantly associated with reduced odds of MCI even in those who consumed 0.75 portions per week.

There were no significant differences in findings between men and women.

“The observed correlation between mushrooms and reduced odds of MCI in our study sample is biologically plausible,” the authors comment.

“Certain components in mushrooms, such as hericenones, erinacines, scabronines, and dictyophorines, may promote the synthesis of nerve growth factors,” they continue.

The bioactive compounds in mushrooms may also confer neuroprotection by inhibiting production of amyloid-β, phosphorylated tau, and acetylcholinesterase.

Ergothioneine, a thione-derivative of histidine, is a “unique putative antioxidant and cytoprotective compound, and is richly found in mushrooms.

“Mushrooms also contain other phytonutrients, such as vitamin D, selenium, B vitamins, and spermidine,” Feng added.

Feng encourages patients to eat mushrooms regularly (if they enjoy eating mushrooms) and to also “take care of overall dietary quality, such as total intake of vegetables, control sugar and alcohol intake, and drink tea.”

Commenting on the study for Medscape Medical News, Maria C. Carrillo, PhD, chief science officer of the Alzheimer’s Association, who was not involved with the study, noted that “this type of observational research study cannot prove that one thing causes another, only that they are in some way co-related.”

However, because there are “now a handful of observational studies connecting increased mushroom consumption with better health — while no conclusions can be drawn at this point — this topic is worth pursuing further,” she said.

“A possible next step for research would be to track mushroom consumption and cognitive change over time to see if there is a stronger co-relation that impacts the trajectory of change in cognitive abilities over a period of years,” she suggested.

“Looking at the bigger picture, it is unlikely that one single food or ingredient is the solution to a condition as complex as Alzheimer disease and other dementias,” she pointed out.

Rather, “it is more likely that a variety of healthful foods and nutrients contribute to a ‘brain-healthy’ diet, which can be part of an overall healthy lifestyle that may protect against cognitive decline and dementia.”

“This is exactly what the Alzheimer’s Association is testing in the US Study to Protect Brain Health Through Lifestyle Intervention to Reduce Risk (US POINTER), a 2-year clinical trial to evaluate whether lifestyle interventions that target many dementia risk factors can protect cognitive function in older adults at increased risk for cognitive decline,” she added.

The study “includes the Mediterranean-DASH Intervention for Neurodegenerative Delay (MIND) diet as part of a multicomponent lifestyle intervention and includes mushrooms, but their effect will not be measured independently,” she said.

Feng noted that identifying dietary factors and plant-based psychoactive compounds that might prevent cognitive decline and dementia “can guide public health interventions at a population level and may also lead to the development of new supplements.”

The authors have reported no relevant financial relationships.

Student Loans Shut Out; Men and Cancer; and Selling Your Practice