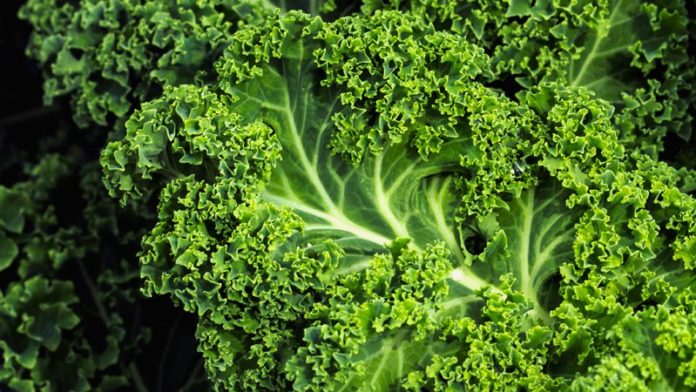 While it may still be considered a super food, kale took third place on this year’s “Dirty Dozen” list of fruits and vegetables with the most pesticide residue. Once again, strawberries and spinach took first and second, as they did on last year’s list.

The Environmental Working Group (EWG), a nonprofit organization focused on human health and the environment, has produced the report annually since 2004.

This year, more than 92% of kale samples tested had two or more pesticide residues detected, and a single sample could have up to 18 different residues, EWG found. The most frequently detected pesticide, found on about 60% of the kale samples, was Dacthal, also called DCPA. It has been classified by the Environmental Protection Agency (EPA) as a possible human carcinogen, based on animal studies.

The EWG researchers analyzed test data from the U.S. Department of Agriculture for the report, and kale had not been tested in more than 10 years, says Nneka Leiba, MPH, director of healthy living science at EWG and a co-author of the report. “The percent of [kale] samples with residue increased from 76% to 98%,” she says, citing the difference between the testing in 2007 and in 2017, the data used for this year’s report. “The average number of residues on a single sample increased from two to more than five.”

Leiba stresses that the report should not discourage people from eating fruits and vegetables, although she does suggest people choose organic produce when possible as even washing produce does not remove all pesticides.

Other experts who viewed the report say the amount of pesticides found is not high enough to be a health hazard.

After adding kale, this year’s list repeats all the entries on last year’s list except for sweet bell peppers, in 12th place last year. This year’s Dirty Dozen:

The researchers also call out hot peppers, which they say don’t meet their traditional ranking criteria but “were found to be contaminated with insecticides toxic to the human nervous system.” They found insecticides that are banned on some crops but still allowed for use on hot peppers: acephate, chlorpyrifos, and oxamyl. The EWG recommends buying organic hot peppers or cooking them, as the heat decreases pesticide levels.

For the report, researchers ranked pesticide contamination of 47 fruits and vegetables based on an analysis of more than 40,000 samples taken by the USDA and FDA. The researchers looked at the percent tested with detectable pesticides, the percent with two or more, average number on a single sample, average amount of pesticides found, maximum number found on a single sample, and total found on the crop.

EWG researchers point to the value of a diet low in pesticide residues, citing research such as a recent report finding that people with the highest frequency of organic food consumption had a 25% lower risk of cancers of various types than those who had the lowest intake. Another study found a link between eating foods high in pesticide residues and fertility issues.

A Toxicologist Weighs In

Carl Winter, PhD, a food toxicologist at the University of California Davis, is familiar with the EWG reports. He calls the rankings “arbitrary and of dubious value for consumers.”

When considering the risk of pesticides in food, he says, the actual amount of pesticide detected, the amount of that food eaten by a person, and the toxicity of the pesticide must all be evaluated, and he says the EWG research does not do this.

She reviewed the report. “The USDA, FDA, and EPA all work to develop guidelines for safe food, setting limits of additives, preservatives, and pesticides at levels that are significantly below levels that might be a concern,” she says. She cautions consumers not to fear certain produce.

The amount of pesticides used is small, she says, “and the quantity of food we would need to eat for any potential health risk exceeds what people do [eat].”

“If you are more comfortable and can afford to, buy organic, but know it can have organic pesticide residue,” Diekman says.

Teresa Thorne is executive director of the Alliance for Food and Farming, an industry group representing farmers who grow both organic and conventional produce. She fears that the report will create “unfounded and unnecessary fears.” She notes that few Americans eat enough fruits and vegetable daily as is.

The Alliance maintains a pesticide calculator on its companion site, www.safefruitsandveggies.com. According to its calculations, a child could eat 7,446 servings of kale in one day without ill effect, even if it had the highest pesticide residue recorded by the USDA.

While the levels on individual produce may seem low, “the overall burden is high,” Leiba says, adding that people are also eating other foods with chemicals and pesticides. “We are talking about a synergistic effect.”