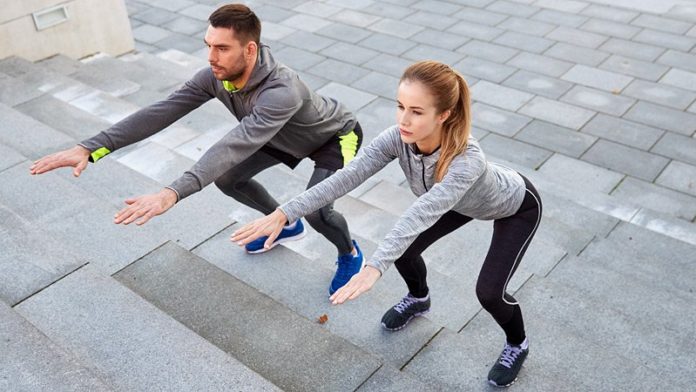 Individuals at risk of developing type 2 diabetes could benefit from moderately increasing their body strength, say US researchers who found that, conversely, the risk reduction was entirely eliminated in people with the highest levels of strength.

The researchers looked at more than 4600 participants without type 2 diabetes at baseline from a prospective health outcomes study.

After adjusting for multiple factors, including cardiorespiratory fitness, they found that moderate muscular strength was associated with a significant 32% reduction in the incidence of type 2 diabetes versus the lowest strength level.

The research, by Yuehan Wang, BMed, of the Department of Kinesiology, Iowa State University, Ames, and colleagues, showed, however, that the strongest individuals — despite being fitter and less likely to have hypertension or impaired fasting glucose compared with those in the lower strength groups — had no reduction in type 2 diabetes risk.

The study was published online March 11 in the Mayo Clinic Proceedings.

Second author Duck-chul Lee, PhD, also of Iowa State University, said in a press release from the institution that the results are encouraging as they show even small improvements in muscle strength may help prevent type 2 diabetes. But he noted it is hard to recommend an optimal level of resistance exercise because of the lack of standardized measurements of muscle strength.

“Naturally, people will want to know how often to lift weights or how much muscle mass they need, but it’s not that simple,” he explained. “More work is needed to determine the proper dose of resistance exercise, which may vary for different health outcomes and populations.”

She also emphasized that getting started with resistance exercise does not require expensive equipment or a gym membership.

“We want to encourage small amounts of resistance training and it doesn’t need to be complicated,” she said.

“You can get a good resistance workout with squats, planks, or lunges. Then, as you build strength, you can consider adding free weights or weight machines.”

The researchers point out that much of the literature around the association between physical activity and type 2 diabetes risk has focused primarily on aerobic exercise and cardiorespiratory fitness.

However, the role of muscular strength in chronic disease risk is increasingly being recognized, with studies suggesting it is linked to reduced cardiovascular risk factors, as well as lower rates of cardiovascular morbidity and mortality.

To examine its impact on incident type 2 diabetes, the team gathered data from the prospective Aerobics Center Longitudinal Study (ACLS), in which men and women underwent medical examinations between 1981 and 2006.

In total, 4681 men and women in the ACLS who did not have diabetes at baseline or a history of myocardial infarction, stroke, or cancer were included in the analysis.

In addition, 11.8% were current smokers and 24.2% were classified as heavy alcohol drinkers.

In terms of muscular strength, which was calculated using one-repetition maximum values for upper and lower body strength, 1560 individuals were classified in the lower third, 1559 in the middle third, and 1562 in the upper third.

Participants in the upper third of muscular strength were significantly more likely than those in the two lower thirds to meet aerobic physical activity guidelines and had significantly higher cardiorespiratory fitness values (P < .001).

Accounting for potential confounders and estimated cardiorespiratory fitness, the team found that, compared with participants in the lower third of muscular strength, those in the middle third had a significantly reduced risk of type 2 diabetes, at an adjusted hazard ratio of 0.68 (P = .02).

However, being in the upper third of muscular strength was not associated with a reduction in the incidence of type 2 diabetes versus the lower third, at an adjusted hazard ratio of 1.07 (P = .68).

The results were similar when participants were stratified by low and high estimated cardiorespiratory fitness, and when looking at lifestyle factors such as smoking, drinking, and physical activity, and health conditions such as overweight, hypertension, and hypercholesterolemia.

The team writes: “These results indicate that very high levels of resistance exercise training may not be necessary to obtain the considerable health benefits on type 2 diabetes prevention.”

“More observational studies with larger sample size and randomized controlled trials on the dose–response relationship of resistance exercise and muscular strength with type 2 diabetes and related chronic diseases among diverse populations are clearly warranted,” they conclude.

The study was supported by grants from the National Institutes of Health. Blair has received unrestricted research grants from The Coca-Cola Company that were not used to support this work. The other authors have reported no relevant financial relationships.