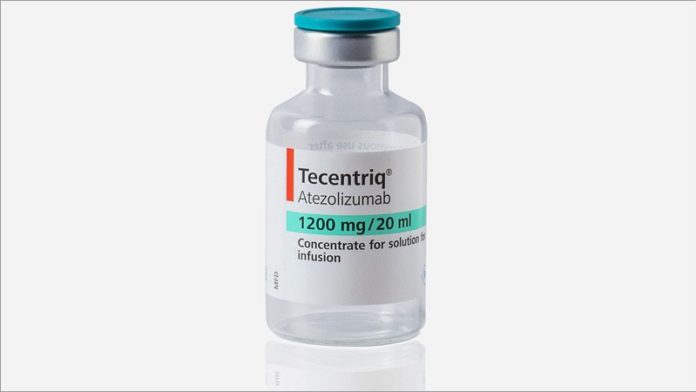 The US Food and Drug Administration has approved immunotherapy with atezolizumab (Tecentriq, Genentech/Roche) plus chemotherapy for the first-line treatment of previously untreated extensive-stage small cell lung cancer (ES-SCLC).

“Extensive-stage small cell lung cancer is a highly aggressive form of lung cancer, which until now has seen limited treatment advances over the last 20 years,” said Andrea Ferris, president and chief executive officer of LUNGevity Foundation, in a statement.

The American Cancer Society estimates that more than 228,000 Americans will be diagnosed with lung cancer in 2019. NSCLC is the most prevalent type, accounting for around 84% of all cases. SCLC accounts for approximately 13%. The majority (70%) of people with SCLC are diagnosed with ES-SCLC.

This latest approval for SCLC is based on the phase 3 IMpower133 trial, which showed a significant improvement in overall survival when atezolizumab was added to the standard-of-care combination of carboplatin and etoposide as initial treatment for patients with ES-SCLC.

These results were presented at the 2018 World Conference on Lung Cancer and were simultaneously published online in the New England Journal of Medicine.

At that time, lead study author Stephen Liu, MD, Georgetown University, Washington, DC, commented: “We really think these data suggest that atezolizumab plus carboplatin and etoposide is a new standard of care for the initial treatment of ES-SCLC.”

Liu added that “this is a very difficult disease to show advances in.”

These coprimary endpoints were investigator assessed.

The 1-year overall survival rate was 51.7% in the atezolizumab group and 38.2% in the placebo group.

Grade 3–4 treatment-related adverse events were reported in 56.6% of the atezolizumab group and in 56.1% of the placebo group.

The safety of the atezolizumab and chemotherapy combination, said the company, appeared consistent with the known safety profile of the individual medicines. No new safety signals were identified.

All study patients received carboplatin at an area under the curve of 5 mg/mL/min on day 1 and etoposide at a dose of 100 mg/m2 intravenously on days 1 through 3.

Concurrent atezolizumab was administered at a dose of 1200 mg on day 1 of each cycle or placebo for a total of four 21-day cycles of induction therapy, followed by maintenance atezolizumab or placebo given every 3 weeks until progression or loss of clinical benefit.