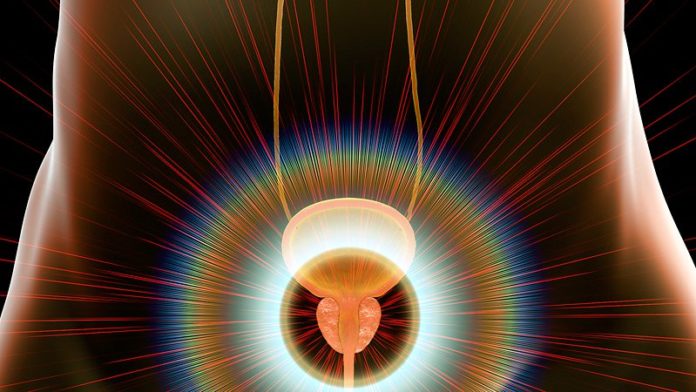 BARCELONA, Spain — European urologic oncologists should prepare themselves for a “tsunami” of magnetic resonance imaging (MRI) in cases of suspected prostate cancer, investigators from the Netherlands cautioned here at the European Association of Urology (EAU) 2019 Congress.

The onslaught is expected because of new European guidelines supporting the use of multiparametric MRI before performing a prostate biopsy.

However, the process of evaluating images may be expedited with a corners-cutting approach known as monoplanar “fast” biparametric MRI, said the Dutch researchers, led by senior investigator Jelle Barentsz, MD, PhD, from the Radboud University Medical Center in Nijmegen, the Netherlands, who presented data to support the claim at a late-breaking abstract session at the meeting.

Fast MRI can detect clinically significant prostate cancers with a similar degree of specificity to multiplane, multiparametric or standard biparametric approaches, which take longer to acquire, the authors said.

Furthermore, he said that with further refinement of the technique and improvement in specificity, one could envision fast MRI becoming as routine for men of a certain age as mammography currently is for women. He proposed the term “mannogram.”

However, Barentsz and co-authors also admitted that the faster, potentially cheaper, non-contrast MRI protocols are “controversial” because it is uncertain whether they are as good as more established MRI approaches in ruling out clinically significant prostate cancer.

So the team performed a substudy of a head-to-head trial comparing MRI techniques with conventional transrectal ultrasound (TRUS)-guided biopsy.

The fact that the new research is a substudy weakens its authority, said an expert.

Alberto Briganti, MD, PhD, from Vita-Salute San Raffaele University in Milan, Italy, the invited discussant, agreed that there is a clinical need to reduce costs, time, and side effects of prostate MRI while maintaining a high negative predictive value for clinically significant prostate cancers.

But he questioned whether the study conducted by Barentsz et al convincingly showed the worth of fast non-contrast biparametric MRI (fast bp-MRI).

“The study was not designed for such an assessment,” he said. “This is a sort of secondary analysis of another prospective trial in which the primary endpoint was the assessment of the differences between MRI-guided biopsy pathway versus the TRUS pathway,” Briganti commented.

MRI Time Cut in Half

In the new study, the Dutch investigators compared the diagnostic performance of the contrast enhanced multiparametric MRI (mp-MRI) with fast bp-MRI in the detection of clinically significant prostate cancer among 626 biopsy-naïve men.

The respective total MRI times for contrast enhanced mp-MRI and fast bp-MRI were 16 and 8 minutes.

The sensitivity for prostate cancer for all protocols was 94.7%. The specificity of the fast bp-MRI was 65.4%, compared with 68.6% each for the more time-consuming biparametric and multiparametric scans.

However, 1% more insignificant cancers were flagged by fast bp-MRI.

Agreement between readers was 90.3% for the fast technique, compared with 92.7% for biparametric MRI.

Items on the credits side of the balance sheet for fast bp-MRI include the ability to double the number of scans per hour and avoid problems associated with contrasting media, which include allergic reactions and, in patients who undergo repeat scans with contrast, gadolinium deposition in the brain, Barentsz said.

On the debit side, however, is an increase with fast bp-MRI in detection of PI-RADS 3 cases, which fall on the biopsy/no biopsy divide (11% for fast bp-MRI vs 6% for multiparametric MRI). However, Barentsz pointed out that these rates were lower than those seen in the PRECISION trial and similar studies.

Barentsz acknowledged that a limitation of fast bp-MRI is that it requires expert imaging technique and highly skilled readers, and it is at present unlikely to be generalizable for use in nonexpert, low-volume centers or imaging facilities with lower magnetic field strength.

In addition, the investigators did not study histology from multiparametric MRI-negative lesions for comparison.

Discussant Briganti agreed that one of the strengths of the study, centralized reading of MRIs by highly experienced radiologists, is also one if its limitations.

He noted that the inter-reader agreement was substantially higher in this study than in the PRECISION or PROMIS trials, suggesting that the findings of the Barentsz et al study hinged on the expertise of the readers, which may not be easily reproduced in real-world practice.

He also pointed to the 75% relative increase in PI-RADS 3 with fast bp-MRI, which was identical to that seen in PRECISION and similar studies comparing multiparametric MRI with standard biopsy, and he expressed concern regarding the increase in the number of biopsies and the associated costs in the fast bp-MRI group.

“My conclusion is very straightforward,” he said. “Is fast biparametric MRI ready to replace multiparametric MRI in all patients? I would like to say ‘yes,’ but I cannot say ‘yes.’ I’d have to say, ‘Maybe yes, but only in Nijmegen.'”

Barentsz also acknowledged that while the direct costs of fast bp-MRI are 54% lower than those associated with multiparametric techniques, the total costs are a washout. The fast technique is associated with a 2% higher biopsy rate and 1% higher overdiagnosis rate (detection of insignificant prostate cancers), with associated costs that cancel out any current economic advantage for fast MRI, he admitted.

Barentsz also explained in an interview with Medscape Medical News that in the Netherlands, prostate MRI is approximately 500 euros ($567) less costly than TRUS-guided biopsy.

The study was financed by a KWF Kankerbestrijding-Alpe’dHuez grant and by Guerbet. Barentsz and Briganti have disclosed no relevant financial relationships.