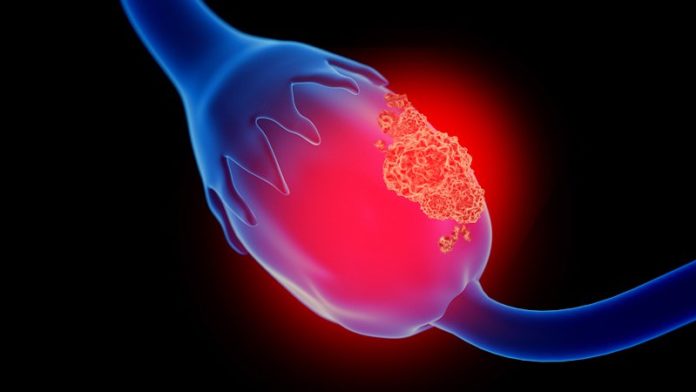 The new data were presented here at the Society of Gynecologic Oncology (SGO) 50th Annual Meeting on Women’s Cancer.

In patients without gBRCA mutations, the PARP inhibitor prolonged disease progression by 9.3 months compared with 3.9 months among placebo control patients.

In addition, quality of life remained stable throughout the treatment interval and prior to progression compared with placebo, as noted by Ursula Matulonis, MD, director and chief of gynecologic oncology, Dana-Farber Cancer Institute, Boston, Massachusetts.

In the current analysis, for both cohorts, progression-free survival (PFS) was extrapolated over 20 years to estimate the expected benefits beyond the length of the actual trial, she explained.

The primary objective of the current analysis was to estimate the difference in TWiST between treatment with maintenance niraparib compared with placebo in both cohorts. The main focus was on rates of nausea, vomiting, and fatigue of grade 2 or higher.

“Results for the gBRCA-mutated cohort show that there was definitely an improvement in the mean TWiST in favor of niraparid vs placebo with about a fourfold improvement in mean TWiST for patients receiving active treatment,” Matulonis reported.

Table 1. TWIST Endpoints for Niraparib vs Placebo in NOVA

An exploratory analysis of safety data from the NOVA study suggested that baseline body weight <77 kg (approximately 170 lbs) and a baseline platelet count <150,000/uL were predictive of the need to reduce the dose of niraparib early on following treatment initiation.

Interestingly, however, “dose modification did not appear to affect efficacy,” Matulonis noted. There were no substantial differences in PFS rates among patients who received the lower dose of the drug compared to those who received the standard 300-mg starting dose.

Among patients whose baseline body weight was <77 kg and whose platelet count was <150,000/uL, the median daily dose of niraparib was 246 mg, she noted.

For those whose baseline body weight was ≥77 kg or greater and whose platelet count was ≥150,000/uL, the median daily dose of niraparib was 295 mg a day.

Because leaner patients with lower baseline platelet counts experienced a greater incidence of grade 3 treatment-emergent adverse events, “our thinking was that individualized dosing regimen could reduce the incidence of toxicities without compromising efficacy in QUADRA,” Matulonis noted.

To analyze this hypothesis, Matulonis and colleagues carried out a retrospective analysis involving patients where the average dose given in the first two treatment cycles was dichotomized to those who received ≤200 mg vs those who received >200 mg a day.

From this retrospective analysis, early dose modification did not appear to have a negative effect on efficacy in an all-comer population.

Moreover, early dose modification did not appear to have an adverse effect on overall survival in the all-comer population or among patients whose baseline body weight was <77 kg and whose platelet count was <150,000/uL, Matulonis added.

An individualized dosing approach for niraparib is being prospectively evaluated in the frontline phase 3 PRIMA study, Matulonis noted.

Asked by Medscape Medical News to comment on these findings, session co-chair John Chan, MD, California Pacific and Palo Alto Medical Foundation, Sutter Health Research, San Francisco, suggested that these findings are “really critical” because they allow physicians to understand the quality of life that ovarian cancer treatment has on patients and how they can perhaps enhance it.

“In addition, these PARP inhibitors are being used in the maintenance setting,” Chan noted, “and they shouldn’t be giving patients much in the way of side effects yet still keep the disease away,” he added.

Instead of taking a standard dosing approach when introducing niraparib, physicians can now possibly mitigate treatment-emergent side effects by adjusting the dose according to baseline body weight and platelet counts, Chan observed.

“It is absolutely a new era in ovarian cancer treatment,” Chan said, “and it’s awesome.”

Test Predicts Which BC Patients Benefit From Ovarian Suppression