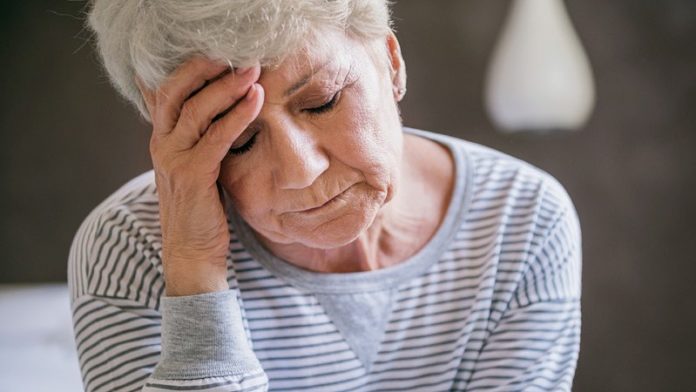 Outpatients in the blended collaborative-care group received regular phone calls from a nurse care manager who queried them about HF symptoms and mood, and their cases were discussed at weekly meetings of a multidisciplinary team that included a psychologist, cardiologist, and internist.

Patients in an extended usual-care group received similar treatment, except the nurse care manager asked about HF symptoms (but not depression) and the multidisciplinary team did not include a psychologist.

They had slightly smaller improvements in these primary outcomes.

Blended collaborative care did not significantly reduce all-cause readmission or mortality at 1 year, he reported, but the study was too short and small to show this.

American College of Cardiology/American Heart Association joint guidelines recommend routine screening for depression in cardiac patients, he noted, which “does not necessarily have to be done by the cardiologist.”

If a patient still reports poor quality of life and has a lot of symptoms, he said, “I think it is even more important to recognize that and to screen for depression, as well as anxiety,” because “depression kills.”

The researchers plan to tease out causes of mortality and readmission and differences between new and recurrent depression in future research.

Team Care as Important as Medications

It was interesting that in the enhanced-care group, HF care provided by a team was almost as good as blended care, panelist Biykem Bozkurt, MD, PhD, Baylor College of Medicine, Houston, told theheart.org | Medscape Cardiology.

“I think the psychosocial approach and team work is as important as medications,” she added. Improved HF care might affect mood and “eventually translate into functional ability to do more exercise, for example.”

She said she wonders if the sicker patients could have derived greater benefit, adding that it will be interesting to see that in the subanalysis.

“In the cancer world,” she noted, “depression screening and intervention has been shown to demonstrate benefits in terms of survival.” Further analysis of the current findings might show a mortality benefit in the sicker patients, she suggested.

According to Ky, “it’s critically important” to try to institute a similar collaborative-care approach in everyday clinical practice. “That’s the next step.”

“So the biggest takeaway is what can happen in a multidisciplinary team, similar to a palliative-care team with cardiology.”

In the Bypassing the Blues Trial, Rollman noted, his team showed that with collaborative care to treat depression after CABG — which included telephone treatment by a medical nurse — patients had improved HRQoL, physical functioning, mood, and pain, with cost savings of about $10,000 per QALY.

Although 40% to 70% of HF patients have depression — which is associated with lower HRQoL, more hospital readmissions, and worse mortality — it is not clear if a collaborative-care model would change this.

From 2014 to 2017, the Hopeful Heart Trial enrolled 756 patients with systolic HF (ejection fraction, ≤45%) and NYHA class II to IV symptoms who were hospitalized with HF in eight hospitals in Pittsburgh.

The patients were screened at discharge for depression using the Patient Health Questionnaire-2 (PHQ-2) and, when they were at home, they were given the PHQ-9 survey over the phone.

“It was a positive trial,” Rolland reported.

Patients in the enhanced versus usual-care groups had a smaller improvement in mood, with an effect size of 0.24 (P = .006).

Compared with men, women had a greater benefit in mood and HRQoL from blended care.

“We would need a larger trial to have statistical significance, and also a longer period of follow-up,” said Rollman.

Trial limitations include the fact that it was conducted by a single site and that the most severely depressed patients might have declined to participate, he conceded.

More information about the study is available at www.hopefulheart.pitt.edu.

The trial was funded by the National Heart, Lung, and Blood Institute of the National institutes of Health. The authors have disclosed no relevant financial relationships.