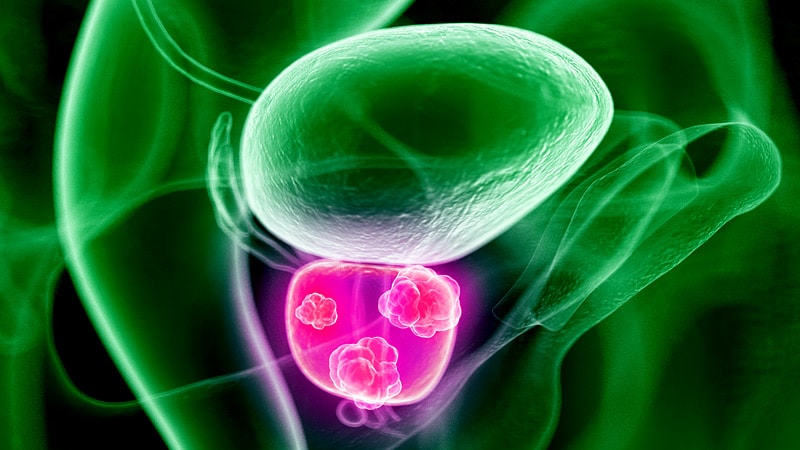 Chemotherapy for prostate cancer is currently limited to metastatic disease, but results from the Radiation Therapy Oncology Group (RTOG) 0521 trial indicate its possible usefulness in some cases of aggressive, early-stage disease.

“The trial suggests that docetaxel chemotherapy may be an option to be discussed with selected men with high-risk prostate cancer,” conclude the investigators, led by Seth Rosenthal, MD, a radiation oncologist at Sutter Cancer Centers, Sacramento, California. The study was published online March 12 in the Journal of Clinical Oncology.

The patients in the trial had localized, high-risk prostate cancer that was potentially curable. All were treatment naive at study entry.

Currently, one standard of care in this setting is a combination of radiotherapy and long-term (24 – 36 month) androgen suppression.

The investigators theorized that adding docetaxel, which was effective in the treatment of metastatic disease in the CHAARTED and STAMPEDE trials, to this standard of care could improve outcomes in earlier-stage prostate cancer.

The maximum allowed PSA level was 150 ng/mL. Patients with nodal or distant metastasis at study entry were excluded.

“This trial demonstrated an improvement in disease-free survival, overall survival, and a reduction in distant metastases,” Rosenthal summarized in an email to Medscape Medical News.

However, the impact on overall survival (OS), which was the primary endpoint, fell short of the trial’s goal.

For that reason, when these results were first presented last year at the annual meeting of the American Society of Clinical Oncology, meeting discussant Ian Tannock, MD, PhD, from Princess Margaret Cancer Center, University of Toronto, Ontario, Canada, did not endorse the approach in early-stage disease.

“If there is no effect on overall survival, then chemo delayed is toxicity delayed, and is the preferred strategy,” said Tannock at the time. He added that his opinion might change with longer follow-up.

Rosenthal said he anticipated an update in about 2 years. “Longer-term follow-up may help to clarify the significance of these results,” he agreed.

The investigators reported that treatment was “well tolerated” in both arms. However, there were two patient deaths due to adverse events (AEs) in the standard of care plus docetaxel arm.

As expected, the difference between the two arms was primarily related to greater hematologic AEs in the standard of care plus docetaxel arm. Rates of gastrointestinal and genitourinary AEs were not significantly different between the two arms, say the investigators.

Chemotherapy consisted of six 21-day cycles of docetaxel plus prednisone starting 28 days after radiotherapy. The radiotherapy doses (72 – 75.6 Gy) were standard at the time of study accrual but are “modestly” lower than contemporary doses (eg, 79.2 Gy), say the authors.

RTOG 0521 vs Three Other Trials

RTOG 0521 is one of four major studies that have evaluated docetaxel chemotherapy in untreated, higher-risk early-stage prostate cancer. The other three had negative findings.

The Groupe d’Étude des Tumeurs Uro-Génitales (GETUG) 12 demonstrated no statistically significant improvement among men with high-risk disease for the prespecified endpoint of metastasis-free survival, and the Scandinavian trial SPCG-13 (Scandinavian Prostate Cancer Group) demonstrated no benefit in biochemical disease-free survival (DFS) in intermediate- or high-risk disease. Similarly, the SPCG-12 study showed no benefit in biochemical DFS for patients with high-risk disease who were randomly assigned to undergo radical prostatectomy plus adjuvant docetaxel vs radical prostatectomy alone.

The discordance in results between RTOG 0521, which showed benefits in OS, DM, and DFS, and the three European studies may stem from differences in the studies’ patient populations, suggest Rosenthal and colleagues.

“The results of this randomized phase 3 study, taken in the context of prior negative studies administering chemotherapy to men with treatment-naive localized prostate cancer, illustrate the importance of appropriate patient selection,” said Mian, who was not involved in the trial.

“Noting the survival benefit and acceptable risks observed in the NRG Oncology/RTOG 0521 study, one may reasonably consider adjuvant chemotherapy for the highest risk patients (eg, Gleason 9 – 10 disease),” he commented in an email to Medscape Medical News.

The project was supported by NRG Oncology of the National Cancer Institute and Sanofi. The original article contains a listing of the authors’ relevant financial relationships.

Where Does Ripretinib Fit Into Treatment for GIST?