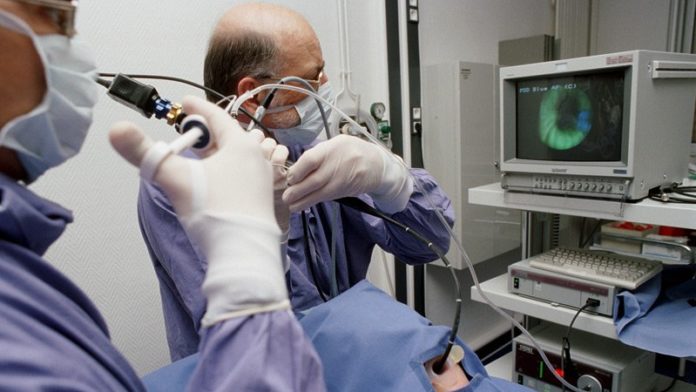 The use of artificial intelligence (AI) may help reduce false positive rates in lung cancer screening while not missing any cases of actual cancer, according to new findings.

Researchers at the University of Pittsburgh have developed a new lung cancer predictor that outperformed existing methods in differentiating cancer from benign nodules.

“We incorporated a machine learning algorithm to see which features would allow us to predict cancer, or more importantly, no cancer,” said senior author David Wilson, MD, MPH, codirector of the Lung Cancer Center at UPMC Hillman, Pittsburgh, Pennsylvania. “What we found was that by using our algorithm, we could reliably eliminate cancer in about 30% of these indeterminate nodules.”

The study was published online March 12 in Thorax.

Screening for lung cancer using low-dose computed tomography (LDCT) is recommended by the US Preventive Services Task Force for certain groups at high risk for the disease.

“Even if we change our definition of what constitutes a positive screen, such as by limiting it to a large nodule, there will still be many that do not represent cancer,” Wilson said. “It will still cause anxiety, the need for follow-up scans, and invasive biopsies.”

In this study, the authors investigated if they could improve the prediction of lung cancer by integrating features of an LDCT scan with other clinical data and comorbidities.

Demographic data, smoking history, comorbidities, and LDCT scan features of lung nodules were drawn from participants of the Pittsburgh Lung Screening Study (PLuSS), a community-based research cohort of 3642 smokers (current or former) recruited in 2002-2006. All participants received a baseline LDCT scan, and the majority also had a follow-up LDCT scan the following year. All participants completed a questionnaire that included questions on smoking history, underwent spirometry for pulmonary function testing, and provided a blood sample.

The first step was to test a training cohort of 50 participants who had cancer detected on their baseline LDCT scan and 42 others with screen-detected nodules.

Participants ranged in age from 55 to 77 years, had pack years > 30 years and quit < 15 years, and represented a very homogeneous population of individuals at very high risk of lung cancer. Therefore, age, gender, and smoking history were similar in individuals with malignant and benign nodules.

The validation cohort included 126 participants (44 cases and 82 controls) whose data were collected independently of the training cohort. Age, sex, and smoking history were also similar in individuals with cancer and benign nodules, and 39 cases and 63 controls had nodules < 3 cm.

Machine learning involves teaching a computer how to arrive at a particular conclusion, which is accomplished by feeding it massive amounts of data. Using a machine learning algorithm, the researchers created a model that can calculate the probability of cancer. If the probability falls below a certain threshold, the model rules out cancer.

They found that the number of nodules and vessels were selected in all 10 rounds, and the number of years since the person had quit smoking was selected in eight rounds. This suggested that these three variables are highly informative for lung cancer status.

The researchers used these variables to build their Lung Cancer Causal Model (LCCM), which was validated in a separate cohort of 126 individuals, and they found that nodule and vessel numbers and years of smoking cessation were sufficient to discriminate between malignant and benign nodules.

Notably, the authors point out, the number of surrounding vessels, which has not been used in other predictive models, significantly improved predictive efficiency. LCCM correctly identified 28.3% of benign nodules without misclassifying a single person with cancer.

The LCCM now has to be validated in a multicenter cohort, explained study coauthor Panayiotis Benos, PhD, professor, computational and systems biology, at Pitt. “We need to validate this in multiple settings with a larger cohort,” he said. “Even though we validated it in a second cohort in our hospital, we have to make sure that this is not just a finding for our facility.”

Wilson added that even though this issue was not discussed in their article, it is important to make sure high-risk individuals are screened. “Lung cancer screening has not been welcomed with the enthusiasm that those of us in the field had hoped for,” he said. “So nationally, only a small minority of eligible individuals are actually getting screened.”

The study was funded by the National Institutes of Health, University of Pittsburgh Specialized Program of Research Excellence (SPORE) in Lung Cancer, and a Cancer Center Core Grant. The authors have reported no relevant financial relationships.