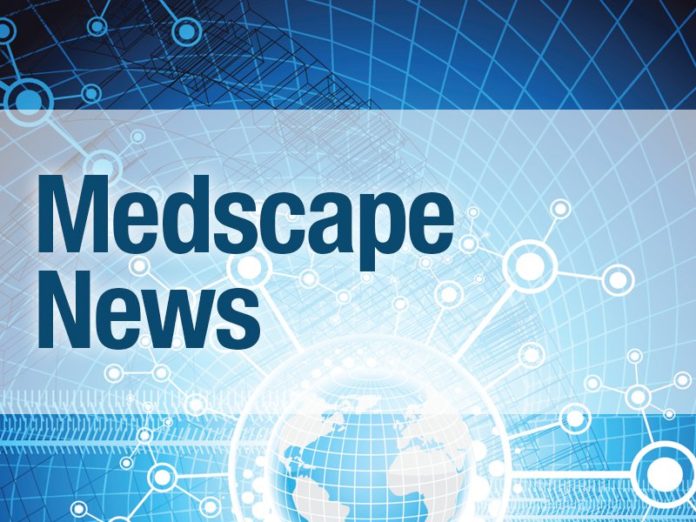 Heather Thompson Buum, MD, a primary care physician in Minneapolis, Minnesota, says her decision to share her breast cancer journey with some of her patients has brought new energy to her practice and to her personal life.

“It has been extremely rewarding to be able to use my experience to help others,” Thompson, who is with the University of Minnesota, writes in an essay published online March 11 in the Annals of Family Medicine.

She can empathize with her patients who have breast cancer and let them know she has experienced some of the same physical and emotional highs, setbacks, and drug side effects.

Openness can add humanity and vulnerability to patients’ concept of the physician role, she said, adding that she also has benefited personally from patients opening up to her.

When she shares her history, she sees patients’ demeanor change. “They visibly decompress, right in the exam room; the panic in their eyes dissipates, the furrowed brow relaxes, the clenched jaw eases into a slight smile,” she writes.

However, she acknowledges she still struggles with which patients to tell and how much information to share.

She told Medscape Medical News she looks for cues, such as whether the person seems to be a private person or may seem to want to keep a professional distance.

That said, her disclosures go beyond breast cancer patients. For instance, she can share personal experiences and empathize when other patients have had frustrations with the healthcare system.

She acknowledges that the medical literature on sharing personal information is mixed.

“There are some of my colleagues, who are in their late 70s and early 80s, who say that when they were training, they were told explicitly not to get personal because it could cloud judgment or encroach on the objectivity of the clinician assessment,” she said.

Although that may have changed in the current era of openness on social media and through changes in medical training, it’s important to remember the generational beliefs around what a patient wants to hear from a doctor, according to Thompson.

She says she does not believe sharing her experience affects her assessment, and she has not seen any negative effects on patients, though she says she is open to watching for it.

“I hope my patients look at it as an ultimate expression of empathy,” she said.

When she was diagnosed in 2016, Thompson chose a care team at her own hospital, and that helped her patients know that they were getting the care she would choose for herself.

She said having a long-standing relationship with a patient can influence her decision to share her story — in her case, she has treated some patients for more than 15 years.

A potential downside to sharing is that a patient whose cancer returns or advances could conceivably compare his or her status to that of a physician who is a survivor, but Thompson says that has not been her experience. She adds that patients with breast cancer and their families are well aware the cancer manifests differently in every patient.

Some of the literature surrounding the choice to disclose has suggested that a clinician may add to a patient’s burden when they reveal their own health struggles. The patient may worry about the clinician’s well-being or may worry that the person will not be able to see them through their care.

Danielle Ofri, MD, PhD, an internist with New York University School of Medicine, New York City, who is an author and the editor-in-chief of the Bellevue Literary Review, told Medscape Medical News that another thing to think about is the inherent imbalance of power, which physicians should consider when they decide to share such information with a patient.

In some cases, the benefit of sharing is clearer, she said — for instance, if a physician has undergone the same procedure or a test as a patient and can assuage fears about that.

The benefit and harm analysis gets a little murky, though, when what’s being shared is multifactorial, such as end-of-life care or a major diagnosis or loss of a loved one.

“You have to weigh it carefully, when our reflex is to unload everything,” she said.

She said in her own experience, she realized she had made a mistake when she showed a patient pictures of her family and she realized that doing so exacerbated the patient’s feelings of loneliness.

Sometimes there’s no hiding a condition from patients, Ofri said, such as a pregnancy. When she was pregnant, she said, she noticed patients were happy and proud to share advice from their own pregnancies and parenthood.

“They liked being the expert in the room, and it gave them a bit of a lift,” she said. “And, shoot, I was happy to get their advice.”

She said when she was caring for her aging father, she decided to keep that to herself, partly because she thought she could be empathetic without telling that story and because it might have resulted in patients feeling obligated to do something regarding that news, such as giving her a gift, which in many cultures is a common response to such a revelation.

“The guiding rule should be, is this helpful for my patient? If it might be, it could be okay, but if you think it might not be, err on the side of not disclosing,” she said. “Once you tell them, you can’t take it back.”

Thompson and Ofri have disclosed no relevant financial relationships.