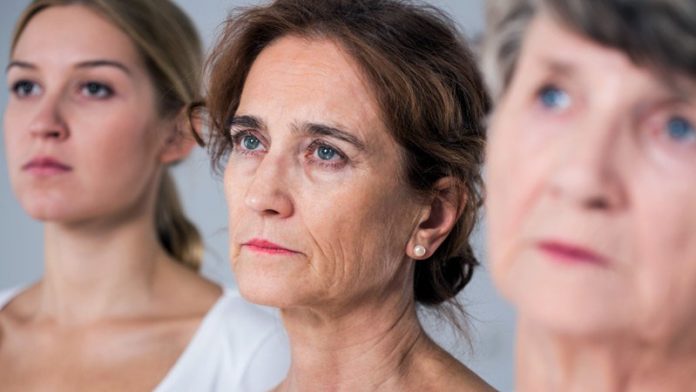 Going beyond first-degree relatives to include grandparents, cousins, aunts, uncles, and other distant family members may provide a clearer big picture of an individual’s risk for Alzheimer disease (AD), new research shows.

Investigators found even individuals without a first-degree relative with AD were at increased risk. For example, an individual with three or more affected second-degree family members — even if his or her parents, siblings and children remained unaffected — had a 17% to 44% elevated risk for the disease.

Interestingly, men were at greater risk when extended family members were included, a finding that runs counter to most other research pointing to a higher genetic risk for AD among women.

Identifying increased risk, even among those without immediate family members with AD, may increase counseling about modifiable risk factors, principal investigator Lisa A. Cannon-Albright, PhD, of the Genetic Epidemiology Program at the University of Utah School of Medicine, Salt Lake City, told Medscape Medical News.

Although “risk prediction for some diseases might not lead directly to preventive measures, one could argue that more aggressive treatment of contributors to vascular disease makes sense for people at increased risk for Alzheimer’s,” she added.

The study was published online March 13 in Neurology.

“About 53% of AD risk variance is accounted for by genetic variation as measured by single nucleotide polymorphisms,” the researchers note.

“This means that at the population level, variation in people’s DNA accounts for half of the risk for Alzheimer’s disease. Within an individual, that percentage may be higher or lower, but on average it is about 53%,” said study coauthor John S.K. Kauwe, PhD, Professor & Chair of the Biology Department at Brigham Young University in Salt Lake City, Utah.

Despite a growing appreciation to include family history in AD risk calculation, previous research has focused on first-degree relatives “and most clinicians consider history of dementia only in immediate family members,” the researchers write.

To understand risk as it relates to a full family history and whether it may improve accuracy and utility of risk, the investigators examined individuals with genealogy records in the Utah Population Database (UPDB). This data source includes records from Utah pioneer founders from the 1800s up to their modern day descendants.

The researchers studied approximately 1.3 million people in the UPDB with genealogy data for 12 or more of their 14 immediate ancestors, including both parents, all four grandparents and at least six of eight great-grandparents. They also examined causes of death using online Utah death certificates from 1904 to 2014.

Records list AD as a primary or contributing cause of death for 4436 out of 270,818 individuals with sufficient genealogy data and a linked Utah death certificate. Almost two thirds of those with AD were women, and the median age at death was 85 years (range, 39 –105 years).

Not surprisingly, individuals in the database without any first-, second- or third-degree relatives affected by AD emerged with a relative risk less than 1.0 (RR 0.90, 95% confidence interval [CI], 0.87 – 0.94).

In general, relative risk for AD for any individual increased with the number of family members affected. For example, having even one affected second-degree relative translated to a relative risk greater than 1.0, although the findings did not reach statistical significance (P < .05) until three or more such relatives were identified.

In addition, for an individual with one affected first-degree relative, the identification of one or two affected second-degree relatives increased the risk by more than 50% (RR, 1.54; 95% CI, 1.40 – 1.68).

Similarly, men with one or more second-degree relatives affected by AD — but no such first- or third-degree family members, were also at greater risk (RR, 1.24) compared with women in the same situation (RR, 1.16).

The study yielded some contrasting findings on maternal vs paternal inheritance risk. For example, the researchers found an individual with an affected father had an elevated risk (RR, 2.54) that exceeded the 95% confidence intervals for individuals with an affected mother (RR 1.72; 95% CI 1.13 – 2.50).

“This is a surprising observation,” Kauwe said. “However, the overall evidence for paternal, versus maternal, inheritance in our data is mixed. We will need additional analysis in this and other datasets to be more certain about these results.”

“The significance of family history as a risk factor for many diseases is becoming more recognized, and people have begun to deal with the issue of how to best obtain an adequate and accurate family history for disease so that better risk prediction can be performed,” Cannon-Albright said.

A family health history website called Itrunsinmyfamily.com is one interesting solution involving social media that is originating at the University of Utah, she added.

Getting the bigger picture on AD inheritance could change health behaviors. “With information of a patient’s personal extended family history of AD, primary care providers may be in an optimal position to educate and recommend lifestyle changes for primary prevention prior to the onset of clinical symptoms,” the researchers note.

“I am a big proponent of the use of family history for risk prediction because it is so efficient and affordable for most,” Cannon-Albright said.

For example, previous research by the same investigators evaluated “AD resilient” individuals — those with a positive APOE status who live longer than 75 years of age without clinical symptoms.

“We have already had success with finding new genetic factors for disease using high-risk Alzheimer’s disease families identified using the same methods we used in the current paper,” Kauwe said.

“We anticipate that this and continued work will lead to novel therapeutic targets and eventually successful interventions for Alzheimer’s disease.”

Another Piece of the Puzzle

Commenting on the findings for Medscape Medical News, Thomas Vidic, MD, a neurologist at Elkhart Clinic in Elkhart, Indiana, said the study expands the knowledge base with respect to AD risk.

“This confirms what we already know about relative risks for first-degree relatives. It also expands what we should be concerned about — second- and third-degree relatives may confer relative risk. It’s one more piece of the puzzle,” said Vidic, who was not associated with the current study.

Patients sometimes ask whether a family member with AD confers increased risk for them, said Vidic.

“The answer is yes, although it’s not a one-for-one increase. But the more family members affected by Alzheimer’s disease, the more you have to pay attention to modifiable risk factors,” he said.

Vidic also found the slightly higher risk of AD coming from the maternal side “interesting.” The authors suggest the mechanism could be through mitochondria — which is only inherited on the maternal side — or a factor involving the X chromosome. “That seems like a novel finding,” he said.