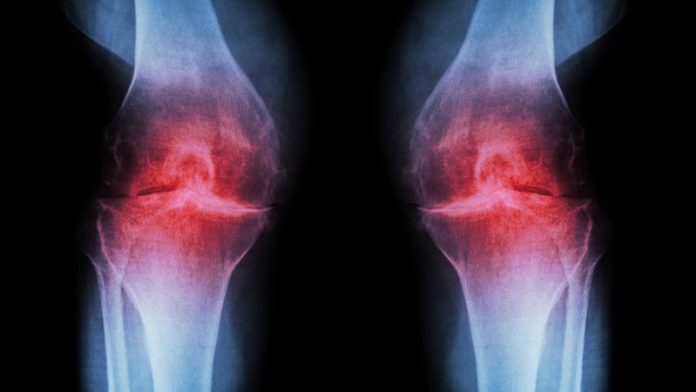 Tramadol (multiple brands) was associated with significantly higher all-cause mortality compared with nonsteroidal anti-inflammatory drugs (NSAIDs) among older patients with osteoarthritis (OA) in an observational study of more than 88,000 patients. The mortality risk with tramadol was similar to that associated with codeine.

“Among patients aged 50 years and older with osteoarthritis, initial prescription of tramadol was associated with a significantly higher rate of mortality over 1 year of follow-up compared with commonly prescribed nonsteroidal anti-inflammatory drugs, but not compared with codeine,” the authors write. “However, these findings may be susceptible to confounding by indication, and further research is needed to determine if this association is causal.”

The authors note that guidelines from the American Academy of Orthopaedic Surgeons and the American College of Rheumatology either recommend or conditionally recommend tramadol for the management of knee OA, so these findings might have implications for current clinical practice.

Daniel H. Solomon, MD, MPH, professor of medicine at Harvard Medical School and chief, Section of Clinical Sciences, Division of Rheumatology, Brigham and Women’s Hospital, Boston, Massachusetts, told Medscape Medical News that clinicians and patients should be aware of the observed safety signals with tramadol and consider whether the potential risks outweigh the benefits for a given patient.

“This appears to be a well-conducted observational study of potential risks associated with tramadol compared to other commonly used analgesics,” said Solomon, who was not involved in the study. “Well-conducted RCTs [randomized controlled trials] should always be considered higher-grade evidence than observational comparative safety studies. However, I cannot imagine that anyone will pursue a large-scale comparative safety RCT with tramadol. Thus, the results from the present study may be some of the best data we will have on this issue.”

Zeng and colleagues limited their analysis to patients aged 50 years or older who had a history of knee, hip, or hand OA, who visited a participating general practioner’s office from January 2000 to December 2015, and who had been continuously enrolled in the general practice for at least 1 year. They excluded patients who had a history of cancer or opioid use disorder before study entry.

The researchers conducted five sequential propensity score-matched cohort studies to compare all-cause mortality between patients who received an initial prescription of tramadol and those who received one of the other drugs.

The authors explain, “participants in the tramadol cohort, in general, were older; had a higher BMI [body mass index]; had a longer duration of osteoarthritis; and had a higher prevalence of comorbidities (eg, peptic ulcer, chronic kidney disease, diabetes, hypertension, and cardiovascular diseases), other prescriptions (eg, other NSAIDs, other opioids, aspirin, statin, antihypertensive medicine, and antidiabetic medicine), and health care utilization than participants in the NSAIDs cohorts before propensity score matching. After matching, the characteristics between the 2 matched cohorts were well balanced, with all standardized differences less than 0.10.”

Solomon said that propensity score matching is a well-established and valid way of improving balance between different exposure groups in comparative safety studies. “The method works well for balancing potential confounders included in the study database. While one should always worry about unmeasured confounders that might remain unbalanced, there are no obvious concerns in the current study,” he said.

The authors note that tramadol, a weak opioid agonist, “has been considered a potential alternative to NSAIDs and traditional opioids because of its assumed relatively lower risk of serious cardiovascular and gastrointestinal adverse effects than NSAIDs, as well as a lower risk of addiction and respiratory depression compared with other opioids” and that tramadol prescriptions for OA have been increasing since 2000.

However, the data from this study, which requires replication, suggest an unfavorable safety profile of tramadol.

Timothy E. McAlindon, MD, MPH, chief of the Division of Rheumatology at Tufts University School of Medicine, Boston, Massachusetts, told Medscape Medical News, “These are observational data, but it is a sobering observation that people taking tramadol have a higher mortality rate for whatever reason. Of course, there were differences between the groups (eg, cancer) that were not adjusted away using propensity score matching, so it is likely that differences in participants’ characteristics accounted for part or even all of the difference in mortality rates. However, it is plausible that tramadol is more hazardous than NSAIDs.”

McAlindon predicted that the next wave of guidelines “will negatively recommend these products.”

The study was supported by the National Institute of Arthritis and Musculoskeletal and Skin Diseases and the National Natural Science Foundation of China. Coauthor Marc R. LaRochelle, MD, reports receiving grants from Optum Labs outside the submitted work. Solomon and McAlindon have disclosed no relevant financial relationships.