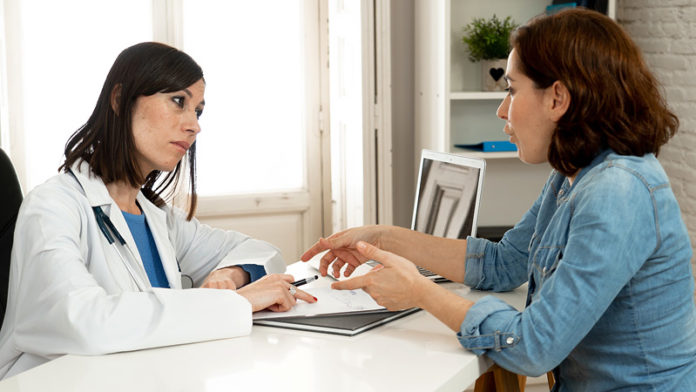 Breast cancer is one of the few cancers for which chemoprevention is available, but for a variety of reasons, this approach has historically had poor uptake, including side effects that diminish quality of life.

Now, a single-center, retrospective study shows that individualized education and counseling can improve chemoprevention acceptance among women who were are at higher risk of developing invasive cancer.

The women in the study had already been diagnosed with an atypical breast lesion, either atypical ductal hyperplasia (ADH), atypical lobular hyperplasia (ALH), or lobular carcinoma in situ (LCIS).

At the Massachusetts General Hospital (MGH) in Boston, chemoprevention was recommended for 386 women with these high-risk breast conditions over a 16-year period. Of these patients, 199 (52%) elected to take medication or participate in a chemoprevention clinical trial.

That’s a big jump from the expected rate, say the investigators, who include senior author Kevin Hughes, MD, from the Division of Surgical Oncology.

Furthermore, in the new study, approximately 55% of the women who accepted chemoprevention were likely to complete 5 years of therapy; that represents 28.5% of the eligible women in the study population.

That’s a victory, because the acceptance and completion of therapy will produce results, namely “reducing cancer incidence in women with atypical breast lesions,” write the authors.

However, two of the women developed endometrial cancer, a known risk with the chemoprevention agent tamoxifen (multiple brands).

Their new study was published in the March/April edition of the Breast Journal.

In an accompanying editorial, a team of experts from the Albert Einstein Cancer Center, New York City, endorse the study as an example of applying the Hippocratic Oath in breast cancer.

They point out that the oath includes the statement, “I will prevent disease whenever I can, for prevention is preferable to cure.”

“Multiple clinical trials have shown that anti-estrogen therapy reduces the risk of estrogen receptor (ER)–positive breast cancer by up to 50%,” they write.

Other studies have shown that “the most important factor for accepting chemoprevention was the physician’s recommendation, followed by attitudes and perceptions regarding medication intake, breast cancer worry, trust in the physician,” and other variables, they note.

To that end, the MGH investigators did well in ensuring acceptance, the editorialists suggest.

They also believe that they have an effective approach at their own center, where they use a “tiered” approach that recommends prevention based on those at highest risk and, in part, on the risk-benefit ratio for individual women.

They also point out that “there is growing evidence that lifestyle modifications, including maintaining ideal body weight, avoidance of alcohol, and regular exercise, are valuable in reducing breast cancer risk.”

The approach they use at the Albert Einstein Cancer Center has several tiers of risk for breast cancer, the editorialists explain.

“Chemoprevention has been shown to reduce breast cancer risk in BRCA mutations carriers, although it is most effective in preventing ER-positive cancers more typically associated with BRCA2 rather than BRCA1 pathogenic variants,” they write.

The second tier includes women who have undergone a breast biopsy that shows atypical lesions, which confer up to a 20% lifetime cancer risk. “Such women are often incentivized to consider chemoprevention because of the experience of having a prior breast biopsy,” they say.

The third tier includes women without high-risk lesions or known pathogenic variants who are at elevated risk because of family history, mammographically dense breasts, or prior breast biopsies.

For the study, Hughes and colleagues reviewed data on all patients diagnosed with ADH, ALH, or LCIS at MGH from 2001 through 2016.

All of these women had been diagnosed with an atypical breast lesion on core needle biopsy and had proceeded to excision to rule out an underlying breast cancer.

Each patient was provided with individualized risk assessment that compared their risk to that of the average, same-aged woman.

The initial patient consultation was carried out within 8 weeks of diagnosis in most cases. Patients met with either a nurse practitioner or with Hughes to receive counseling about their breast cancer risk and strategies for risk reduction.

“Emphasis was placed on the fact that, despite increased risk, there was greater chance of not developing breast cancer,” the authors write.

Tamoxifen was the only medication recommended for premenopausal women.

For postmenopausal women, tamoxifen and raloxifene (Evista, Lilly) were recommended, and, in the later years of the study, exemestane (Aromasin, Pharmacia and Upjohn) and anastrozole (Arimidex, Ani Pharmaceuticals, AstraZeneca) were also offered.

Among the 199 patients who received chemoprevention, tamoxifen was prescribed as the first drug for 137 patients; raloxifene for 52 patients; exemestane for nine; and anastrozole for one.

A total of 69 (35%) patients were still receiving treatment at the time of data analysis. Of the remaining 130 patients, 72 (55%) completed therapy (which was defined as receiving therapy for >4.5 years) and 58 (45%) stopped chemoprevention before 4.5 years.

From these data, the investigators determined that if the same trends continue, 55% (38 of the 69 patients still in treatment now) will complete therapy. This in turn means that approximately 110 of 386 (28.5%) patients eligible for chemoprevention will have completed 5 years of therapy.

The most common reason for premature discontinuation was intolerable side effects, including vasomotor symptoms, mental health changes, gastrointestinal symptoms, and leg cramps.

The authors and editorialists have disclosed no relevant financial relationships.