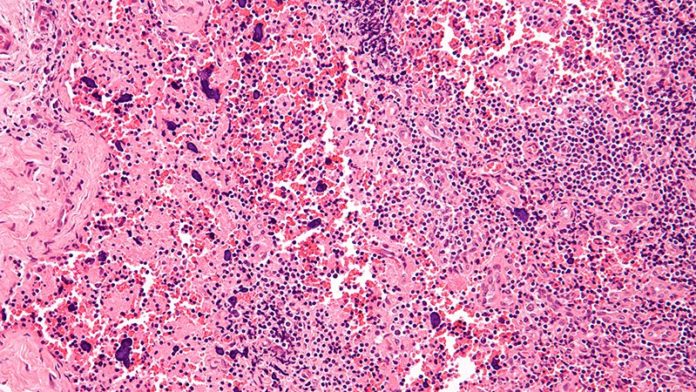 Chimeric antigen receptor (CAR) T-cell therapy has been hailed as a major advance in clinical cancer care, and now researchers are testing the use of these products in other therapeutic areas, including autoimmune diseases.

“These are exciting results,” said Kenneth M. Farber, JD, president and CEO of the Lupus Research Alliance, which funded the study.

“It has proven transformative for cancer patients, and we hope clinical research can demonstrate safety and effectiveness of CAR T cells in improving the lives of people with lupus,” he said in a statement.

However, Jonathan Kay, MD, professor of medicine and the Timothy S. and Elaine L. Peterson Chair in Rheumatology at the University of Massachusetts Medical School, Worcester, cautioned that this is very early work.

“Based upon this study in murine lupus, CAR T-cell treatment may provide an alternative approach to B-cell depletion in systemic lupus erythematosus and other antibody- and immune complex–mediated diseases,” he told Medscape Medical News. “However, this treatment approach must be studied in patients before its efficacy can be extrapolated from this animal model.”

CAR T-cell therapy is an emerging therapeutic modality in which the immune cells from a patient are collected, genetically engineered to recognize a target (in cancer, the target is a tumor-related marker), and expanded in vitro. The engineered cells are then reinfused into the patient. The process inserts a viral vector mechanism into the cells so that after the T cells have latched onto their target, they are triggered to expand and proliferate. Because they grow and expand in the body and then lie dormant, CAR T cells have been described as “livings drugs.” The CAR T-cell therapies currently available target the CD19 antigen.

Autoimmune diseases, such as lupus, are characterized by the presence of autoantibodies, produced by B cells, which are the same cells targeted by CAR T-cell therapies. For that reason, strategies that inactivate or deplete B cells offer attractive therapies for lupus. Yet, researchers who have tried to treat lupus by depleting B cells have not had much success, note Rita Kansal, PhD, from the University of Tennessee Health Science Center, Memphis, and colleagues.

For example, the anti-CD20 monoclonal antibody rituximab (Rituxin, Genentech) has demonstrated promising activity in rheumatoid arthritis and multiple sclerosis but was unsuccessful in treating lupus in two separate clinical trials.

They transferred CD19 CAR T cells into (NZB × NZW) F1 and MRL fas/fas mouse models of lupus and found that survival was extended and target organs were spared. Moreover, the CAR T cells remained active for 1 year in vivo and continued to reduce the level of B cells.

When splenic T cells from mice treated with CAR T cells were transferred into naive autoimmune mice, CD19+ B cells were depleted and disease was reduced, indicating that disease control was cell mediated.

The authors note that the results of their current study contrast with previous results that found that the same mouse models were resistant to anti-CD20 antibody-mediated B-cell depletion. “We propose that CD19-targeted CAR T cells have superior efficacy because cytotoxic T cells induce target cell death by a direct mechanism, whereas antibody-mediated cytotoxicity requires the buildup of bound antibody for complement-dependent target cell lysis, antibody-dependent cellular cytotoxicity, or clearance by phagocytes,” they write.

Worth Exploring, With Caveats

Michael C. Milone, MD, PhD, associate professor of pathology and laboratory medicine at the Perelman School of Medicine, University of Pennsylvania, Philadelphia, explained that his research group has also studied the use of CD19-specific CAR T cells in the treatment of diseases other than cancer, including autoimmunity and antibody-mediated allograft rejection.

“I think this paper provides strong rationale for exploring this therapeutic approach in lupus,” he said. “Of course, how well this will translate to humans is unknown.”

Milone emphasized that although the NZB/W and MRL-lpr models used in this study are well-recognized models in the field of lupus, all models have their shortfalls in comparison to human disease.

“In addition, while not an expert on these models, the study seems to have applied the T cells largely before the disease was manifested in the mice,” he said. “For example, only 7 of the 20 mice in the MRL-lpr model had proteinuria at time of treatment.

“Thus, it may represent more of a prevention model than a treatment model, which is important, as use in humans would be a treatment after disease fully manifests,” Milone said. “Nevertheless, [it is] a very interesting demonstration of potential application of CAR T-cell therapy beyond cancer, which is exciting.”

“The ideal CAR T-cell approach to human autoimmune diseases would entail the use of cells that specifically target antigen-specific pathogenic B cells while sparing other B cells,” Sanz, who is an expert in the role of B cells in autoimmune disease, told Medscape Medical News in an email.

“Unfortunately, this approach, which has been powerfully illustrated for the autoimmune blistering disease pemphigus by Payne’s group, is currently hampered in lupus by the lack of recognition of a central antigen in this disease. Thus, owing to limitations in our knowledge of the antigens that trigger disease and/or mediate tissue damage, the more immediate utilization of CAR T cells would be the universal targeting of B cells.”

He continued, “The work by Radic’s group in lupus mice does provide strong support for the concept that CAR T cells can be effective in the treatment of human autoimmune diseases and should be strongly considered for human studies.”

The study was supported by the Lupus Research Alliance. Kansai and Radic have related patents that are pending.