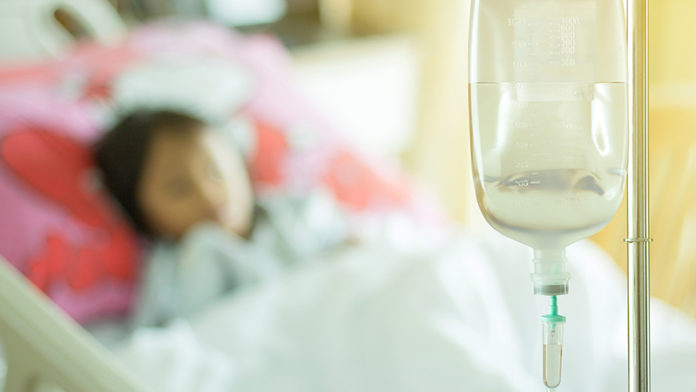 The formidable price tag of the new chimeric antigen receptor (CAR) T-cell therapies has sent shock waves through the blood cancers community, which is struggling to incorporate this novel approach because of the remarkable responses that have been seen.

But the price tags — enormous as they are (nearly half a million [$475,000] for tisagenlecleucel [Kymriah, Novartis] and over a third of a million [$373,000] for axicabtagene ciloleucel [Yescarta, Kite Pharma]) — cover only the cost of the drug itself.

Administration of these therapies involves hospital stays for more than just a day or two.

New “real-world” data collected by Vizient, a healthcare services company, found that adults patients receiving CAR-T therapy required a median 15-day hospital stay for an overall total cost of $85,726. The costs were even greater for patients under the age of 25 years. A separate analysis found the median length of stay for these younger patients was 19 days with a median total cost of $242,730.

The findings were presented at the 2019 Transplantation & Cellular Therapy (TCT) Meetings, held recently in Houston, Texas.

“Our goal was to see if the codes were being used and how they were being used, and characterize the patients undergoing CAR T-cell therapy,” she told Medscape Medical News. In addition, the team wanted to identify trends in adult, young adult, and pediatric patients using the CAR-T procedure codes.

The Vizient Clinical Data Base was used to identify patients. “It’s an administrative database of more than 400 hospitals,” she said. “About 95% of academic medical centers and over 200 community hospitals use the database.”

In the first study, researchers looked at 1186 adult patients who underwent CAR T-cell treatment at 58 hospitals between May 2017 and December 2018.

The highest contributor to total cost was the pharmacy service group, with a median pharmacy total cost of $23,150, which was followed by the cost for accommodations of $21,561.

Harris explained that the cost of adverse events was not figured into her analysis. “That will be addressed in a future study,” she said. “The reasons for readmission were also not identified in this abstract, and again, will also be part of future research.”

The second study followed similar methodology but was conducted in a smaller cohort of 68 patients under the age of 25 years who received treatment at 28 hospitals between October 2017 and December 2018.

In addition, three patients underwent a second CAR-T procedure an average of 114 days after their initial procedure.

As with the adult group, the highest contributor to total cost was pharmacy services, with a median pharmacy total cost of $167,585, followed by $31,643 for accommodations.

Adverse effects due to immunotherapy occurred in more than two-thirds of patients (67.6%). Other common events included fever (45.6%), headache and/or migraine (32.3%), and changes in blood pressure (32.3%).

Carina Dolan, PharmD, BCOP, director for clinical oncology and pharmaceutical outcomes at Vizient Inc, explained that right now there are only two approved CAR-T cell products and approved indications are limited. “But this is going to change as there are new products in clinical trials,” she said. “It’s hard to say how new products will be priced, but reimbursement will be very important going forward.”

CMS has just released a new proposal for coverage of CAR-T cell therapy. “Right now, there is no national coverage and it is done at the local level,” Dolan said. “But this proposal is looking at changing that.”

The proposal would require Medicare to cover CAR-T cell therapy when it is offered in a CMS-approved registry or clinical study, she explained. The data would then be collected from patients for at least two years after treatment.

CMS would then be able to analyze the data to help identify the types of patients who can benefit from CAR-T therapy. This in turn could inform a future decision regarding the types of cases for which the treatment would be covered with no registry or trial requirement.

Dolan emphasized that this is just a proposal. “It’s nothing that has been decided on and the comment period is now open,” she said.