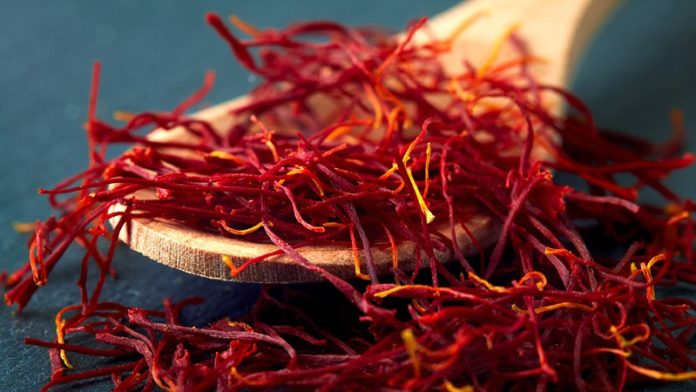 The popular and expensive spice saffron (Crocus sativus L), appears to be as effective as the stimulant methylphenidate (MPH) in treating symptoms in youngsters with attention deficit hyperactivity disorder (ADHD), new research suggests.

In a randomized 6-week trial, a team of investigators from Tehran University of Medical Sciences in Iran, found there were no significant differences in efficacy or adverse events in the saffron vs MPH group.

“From this preliminary study, the main point is that we can consider saffron as an alternative [to stimulants] in patients with ADHD,” senior author Shahin Akhondzadeh, PhD, FBPhS, DSc, professor of clinical psychopharmacology, Roozbeh Psychiatric Hospital, Tehran University of Medical Sciences, Iran, told Medscape Medical News.

“Short-term efficacy of saffron demonstrated the same efficacy as methylphenidate, although larger, controlled studies with longer treatment periods are necessary to verify the findings,” he said.

The study was published online February 11 in the Journal of Child and Adolescent Psychopharmacology.

MPH, which is commonly used to treat ADHD, has many side effects, including loss of appetite, sleep disturbances, and nausea, the authors note.

Moreover, approximately 30% of children do not respond to MPH, leading to a search for nonstimulant strategies.

“Many antidepressants have been used as alternatives to stimulants in patients with ADHD that cannot tolerate Ritalin or do not respond to Ritalin,” Akhondzadeh said.

However, antidepressants are also associated with adverse events, with results that are “often unsatisfactory,” the authors note.

This leaves an “empty place to be filled by alternative medications, in particular herbal medications,” they add.

Saffron has traditionally been used for a variety of medicinal purposes, including its antispasmodic, antiseptic, anticancer, and anticonvulsant effects.

Saffron and its active constituents appear to increase the reuptake inhibition of dopamine and norepinephrine and are N-methyl D-aspartic acid (NMDA) receptor antagonists and GABA-α agonists.

“As you may know, my country is the main producer of saffron and about 90% of saffron is from Iran — indeed, saffron is a Persian herb with history as long as the Persian Empire,” Akhondzadeh noted.

“My research group at Roozbeh Psychiatry Hospital has studied the psychotropic effects of saffron since early 2000, and we have documented its antidepressant effects,” he added.

To investigate the question, the researchers conducted a randomized, double-blind pilot trial to compare the efficacy and safety of saffron capsules with MPH in a group of outpatient children (age 6 – 17 years).

Patients were required to have total and/or subscale scores on the Attention-Deficit/Hyperactivity Disorder Rating Scale-IV (ADHD-RS-IV) of ≥ 1.5 standard deviations (SDs) above norms for the patient’s age and gender.

The Parent and Teacher ADHD-RSI-IV was administered at baseline, and then at 3 and 6 weeks.

Patients (n = 54) were randomized to two parallel groups (n = 27 per group). Of these, 25 patients in each group completed the trial.

One group received MPH beginning at a dose of 0.3 – 1 mg/kg/day, which was titrated up during the trial.

The second group received saffron capsules at a dose of 20 – 30 mg/day, depending on the child’s weight.

There were no significant differences in basic characteristics (eg, age and gender) between the two groups.

A time × treatment calculation showed a similar trend of the two treatment groups across time in both hyperactivity and inattention.

Post hoc comparisons of the Parent ADHD Rating Scale showed a significant reduction as soon as week 3 (P < .001) in both groups, and there was no significant difference between the treatment groups at endpoint (P = .975).

No serious adverse event was recorded in any of the patients, and non-serious events (eg, headache, dry mouth, insomnia, decreased appetite) were similar between the two groups.

“This study provides evidence for satisfactory outcomes with saffron in treatment of ADHD,” the authors write.

However, Akhondzadeh acknowledged that the cost of saffron is a concern.

“Although saffron is the most expensive spice, the daily dosage that we used in this study is equal to 60 mg pure saffron,” he reported.

“Therefore any product from Iran is cheaper than common stimulants and from Europe is about €1 [$1.20] for each capsule,” he said.

He noted that there are some saffron-based antidepressant products, based on his previous studies, available in Iran and in Europe.

Although saffron is available as a spice in the United States, “there is no guaranty that it will have the same medicinal effect if used in a meal, since the main component of our extract is crocin,” he added.

The authors “appropriately note that this is positive preliminary evidence and that additional trials are needed to replicate these initial very positive findings,” Gerbarg and Brown, who were not involved with the study, told Medscape Medical News via email.

The study was conducted in Iran, “where ethnic populations may have genetic variants that enable them to respond more positively or more robustly to saffron than other populations,” which has been “noted with other herbs.”

It is therefore “particularly important to replicate this study in a population that is not Iranian, to verify efficacy in other countries,” noted Brown and Gerbarg, who are coeditors of Complementary and Integrative Treatments in Psychiatric Practice (Washington, DC: American Psychiatric Association Publishing; 2017), which has a chapter on saffron.

“Each practitioner must decide whether they feel that this evidence is promising enough to justify a trial of optimized saffron on a case-by-case basis [that] takes into account the observation that saffron is very low in side effects, so the risks are minimal,” they said.

Moreover, “if the saffron is beneficial, it may be possible to reduce the dose or discontinue a prescription stimulant, which could spare the patient who may be experiencing side effects,” Gerbarg and Brown add.

They warned that practitioners “should learn about what to look for in selecting the highest quality brands of saffron available.”

The researchers acknowledge that more research is needed, including larger placebo-controlled studies with longer treatment periods in a “broader spectrum of ADHD patients, including those with comorbid mood and anxiety disorders, sleep problems, and ADHD patients with inattentive presentation.”

The study was supported by a grant from Tehran University of Medical Sciences. Gerbarg, Brown, and Akhondzadeh and his coauthors have disclosed no relevant financial relationships.