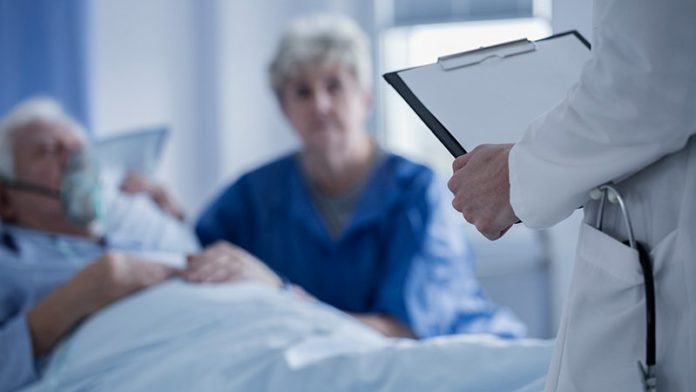 Physicians’ and other qualifying providers’ use of advance care planning (ACP) codes for Medicare beneficiaries is increasing but remains below 3%, according to two studies published today in JAMA Internal Medicine.

The authors conclude that either clinicians are not having conversations with patients about their values and their life goals regarding their future healthcare, or they are having the conversations but are not billing properly or consistently for them.

Clinicians are thus missing out on reimbursement, and patients are missing out on a process that has been shown to improve patient satisfaction, as well as increase hospice use and reduce the number of patients who die in the hospital.

“[T]he low [rate] of utilization of ACP codes is alarming and highlights the need to create strategies to integrate ACP discussions into standard practice and build ACP documentation and billing in clinical workflow,” write Ankita Mehta, MD, and Amy Kelley, MD, MSHS, both with the Brookdale Department of Geriatrics and Palliative Medicine at Icahn School of Medicine at Mount Sinai, New York City, in an invited commentary.

Where the Underuse Is Concentrated

The authors identified differences in use by state, provider specialty, and various patient subgroups and identified focus areas to improve utilization.

Emmanuelle Belanger, PhD, with the Department of Health Services, Policy and Practice, the School of Public Health, Brown University, Providence, Rhode Island, and colleagues found that in the first three quarters of 2017, the percentage of fee-for-service Medicare beneficiaries aged 65 years and older who had had an ACP visit had risen only 2.2% since the program began.

One place they found a pattern of underuse was in hospice and palliative medicine (HPM).

“Two-thirds of HPM specialists did not use the new CPT code in 2017 despite working with seriously ill patients and it being unlikely that they would have no ACP conversation in a given year,” they write.

However, Belanger and colleagues note that some HPM providers’ practices may focus on patients who are actively dying, and therefore ACP would no longer be appropriate. In addition, for some kinds of practices, the reimbursement rates may not be perceived as high enough to prioritize changing billing patterns.

The investigators also found large differences by state in the percentage of decedents who had an ACP visit in 2016. Percentages ranged from 4.0% to 10.9% in the top quintile and 0.1% to 1.4% in the bottom quintile.

In their study, Kimberly Pelland, MPH, with Healthcentric Advisors in Providence, Rhode Island, and colleagues found that the percentage of claims for patients who could benefit significantly from ACP — those dually eligible for Medicare and Medicaid — was low in comparison with patients who were not dually eligible (18% vs 24%).

They also found that nonwhites were less likely to have ACP visits.

With respect to physician specialty, they found that internists had the highest percentage of claims (65.2%), followed by family medicine physicians (22.1%) and geriatricians (5.2%).

“We suggest focusing on the opportunities for increased uptake among physicians caring for dually eligible and nonwhite beneficiaries, among hematologists and oncologists, and during annual wellness visits, when beneficiaries would not be responsible for co-payments,” the authors write.

Where Clinicians and Patients Can Find Information

In their commentary, Mehta and Kelley point out that there are educational tools to help with ACP code uptake. VitalTalk, a national nonprofit organization, supports evidence-based training to help healthcare providers build communication skills.

“Targeted skills training is also available through a VitalTalk smartphone app and a series of online modules at the Center to Advance Palliative Care,” they write.

For patients, the PREPARE website provides help in developing a plan in a five-step process with instructional videos.

The study was supported through a contract sponsored by CMS. The authors and editorialists have disclosed no relevant financial relationships.

Nearly Half of Global Cancer Deaths Are Preventable

The 'Great Dynamism' of Radiation Oncology