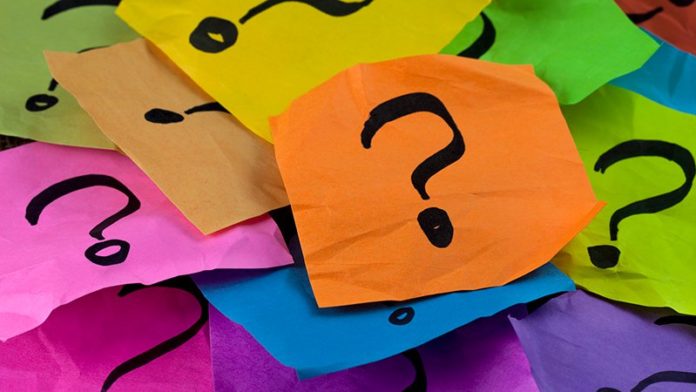 Two new analyses provide conflicting evidence on the possible link between paclitaxel-coated devices and mortality raised by a recent meta-analysis that is rocking the vascular community.

“Following preliminary review of the data and replicating the meta-analysis, we believe that a signal still persists and warrants additional investigation. We are considering this a potential class effect, while also acknowledging that this may affect other disease states such as AV [arteriovenous] and CLI [critical limb ischemia],” Misti Malone, PhD, chief of the Peripheral Interventional Devices Branch, US Food and Drug Administration (FDA), said during a Vascular Leaders Forum convened March 1 and 2 to address the ongoing controversy.

An analysis published online March 1 in the Journal of the American College of Cardiology, however, showed no evidence of excess long-term mortality after peripheral artery revascularization with drug-eluting stents (DES), compared with bare-metal stents (BMS), among 51,456 US Centers for Medicare and Medicaid Services beneficiaries.

“Our Medicare data are really helpful and supportive that this relationship seems unclear and maybe not causal between the drug and mortality but again, in our practices, we need to be mindful that we need to keep our patients informed about what is going on,” lead author of both Medicare analyses, Eric Secemsky, MD, Beth Israel Deaconess Medical Center, Boston, told theheart.org | Medscape Cardiology.

The controversy erupted in December 2018 when a meta-analysis of 28 randomized controlled trials (RCTs) reported a 68% relative risk increase in all-cause death with paclitaxel-coated balloons and stents beginning at 2 years that increased to 93% at 5 years. The absolute risk difference was 3.8% and 8.1%, respectively, according to Konstantinos Katsanos, MD, PhD, Patras University Hospital, Rio, Greece, and colleagues.

A series of subsequent studies have failed to replicate the mortality finding. Industry has taken it on the chin, however, after Medtronic announced that it inadvertently omitted mortality data from a table in an analysis of the IN.PACT SFA trials and researchers for the Zilver PTX Randomized Trial issued a correction of 5-year outcomes that now shows significantly higher all-cause mortality with the paclitaxel device.

The 1.5-day forum centered on the need to undertake a patient-level meta-analysis, with much debate on the best approach for that analysis, whether it should include intent-to-treat (ITT) and/or as-treated (AT) populations, and how a drug routinely used at much higher doses in oncology, even during pregnancy, could possibly cause excess deaths at the doses present as part of drug-coated balloons (DCB) and DES in peripheral artery disease (PAD).

“A known biological mechanism is not necessary to create causality,” suggested Katsanos. “As long as the numbers are there, we have to respect the numbers and we have to treat it as a potential causal effect to be investigated further.”

Malone said the FDA is in the process of replicating the Katsanos meta-analysis using various assumptions to evaluate the patient-level mortality data. It is also looking at available long-term American and global RCT data and the ITT and AT populations.

The agency also plans to evaluate potential trends in the cause of death and any adverse events, whether there’s a trend in the patient-level dose associated with mortality, and whether there is susceptibility in particular patient populations, she noted.

“However, we do recognize the limitations of the available data and potential challenges,” Malone said. “There’s been a lack of standardized categorization and adjudication of death.”

In addition, some patients were treated in the contralateral limb after the primary outcome, there was variation in the control devices, and medical practice advanced over the study period, she said.

“So we understand those associated limitations and we’re doing our best to work with the data we have,” Malone said. “We will use this information to assess the risk for future recommendations, including a potential advisory panel, which may suggest potential modifications to trial design such as informed consent in labeling and/or additional postmarket data collection.”

A highlight of the forum was an updated analysis from Katsanos delivered over Skype with 2-year data restricted to 15 RCTs with 2630 cases for target lesion revascularization (TLR) and 16 RCTs with 2724 cases for mortality.

William A. Gray, MD, president of the Lankenau Heart Institute, Wynnewood, Pennsylvania, raised several issues with the main Katsanos meta-analysis, including an “inappropriate” use of a random-distribution model, selection bias due to lack of complete follow-up, and a “problematic” application of the dose time product calculation. Also, patients lost to follow-up and withdrawals were not completely or accurately accounted for, and patient numbers were insufficient to adequately assess death, which was part of a composite safety end point.

On the basis of conversations with statisticians, he said, a prospective study to independently assess mortality in DCB and DES for PAD would need at least 2000 to 6000 patients to eliminate the risk for a type 1 error.

“That’s not what we have here,” said Gray, who observed that the Katsanos analysis starts off with 4663 patients, but is barely above the suggested threshold with 2316 patients at 2 years and has only 863 patients at year 5.

During a panel discussion following the presentations, co-moderator Michael R. Jaff, DO, Newton-Wesley Hospital and Harvard Medical School, Boston, complimented the sophistication of Gray’s presentation and said that “Professor Katsanos’s discussion was phenomenal, incredibly well thought-out, clearly based in levels of science.”

He asked the panel how they can wrap their arms around the discussions, likening the situation to watching a social issue play out one way on Fox News and completely opposite on CNN.

Comoderator Christopher White, MD, Ochsner Health System, New Orleans, said the disparities go to the complexity of the analysis and the heterogeneity of some of the numbers.

“I’m not sure anybody should be surprised that looking at things a little bit differently and adding 10% or 15% here and there might be enough to flip some of these numbers. The difference was 3%, right? A 3% increment,” White said.

“I just think it’s our job not to make this political,” he said. “These are findings; they are not truths yet, but what will be the truth will be the patient-level data.”