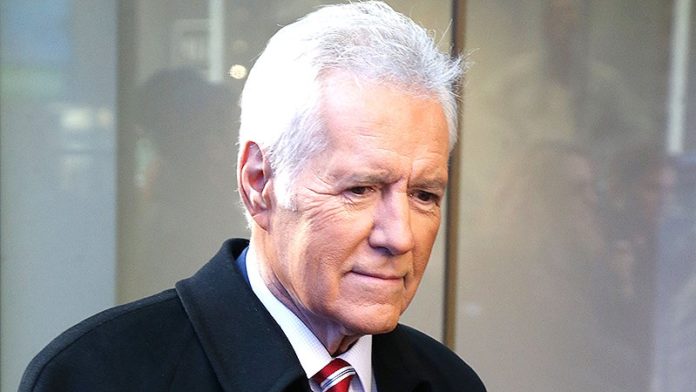 Jeopardy host Alex Trebek’s voice was calm and determined on Wednesday’s YouTube video, announcing his grim news in just over a minute. “Just like 50,000 other people in the US each year, this week I was diagnosed with stage IV pancreatic cancer.”

“Normally the prognosis is not very encouraging,” he continued, “but I am going to fight this. I plan to beat the low survival rate statistics for this disease.”

He told fans of his long-running hit game show he was going to continue working — adding playfully that he had no choice, his contract runs another 3 years.

Trebek’s cancer is likely the type known as pancreatic ductal adenocarcinoma, says Timothy Donahue, MD, a professor of surgery and chief of the division of surgical oncology at David Geffen School of Medicine, UCLA. He spoke in generalities about pancreatic cancer because Trebek did not release more details about his condition.

“The other type of pancreatic cancer is a pancreatic neuroendocrine tumor, which is what Steve Jobs had,” Donahue says, referencing the late founder of Apple.

The median survival rate of people with stage IV pancreatic cancer, he says, is about 18 months, with half surviving longer and half dying sooner.

“Patients who have stage IV usually do not undergo surgery,” Donahue says. “Stage IV means the cancer has spread to other organs, and surgery is almost always not possible.”

Pancreatic cancer often spreads to the liver, he says.

Typically, the cancers are treated with systemic chemotherapy, Donahue says, usually using multiple drugs. For these patients, he says, he would typically look for mutations in the tumor that can be analyzed to find the best treatment. Experts are learning more about the genetics of the disease, he says, and ”actionable mutations” within the tumor, which are mutations that can be targeted with specific treatments to get a better result.

In his blog posted on the American Cancer Society site, Len Lichtenfeld, MD, interim chief medical and scientific officer for the Society, praised Trebek’s decision to share the news. “Announcements such as Mr. Trebek’s remind us that together we give one another strength to face an uncertain future with dignity and hope,” Lichtenfeld wrote.

“The fact is, pancreatic cancer is a difficult disease to treat effectively. That is due in no small part to the fact that — as the case with Mr. Trebek — pancreatic cancer is usually diagnosed at a later stage, remaining undetected until it causes difficulties and symptoms by its spread.”

The pancreas lies deep within the body, so doctors cannot easily feel it.

“The reality is that for most people, pancreatic cancer is too advanced to be treated with surgery and is not very responsive to currently available chemotherapy and targeted therapy medications,” Lichtenfeld wrote.

But Donahue says the newer treatments that use multiple agents have shown more promise than the single agent chemotherapy.

Still, Lichtenfeld wrote, “newer forms of treatment such as immunotherapy and CAR-T haven’t shown particular success at this point.”

This year, the American Cancer Society expects more than 56,000 people to be diagnosed with pancreatic cancer and more than 45,000 to die from it. The cancer almost always strikes after age 45, with 71 the average age at diagnosis. Trebek is 78.

Family history and genetics play a role in risk of the cancer. Tobacco use, obesity, and workplace exposure to certain chemicals used in dry cleaning and metal working industries raise the risk as well. Chronic pancreatitis also makes the cancer more likely, and some research shows that late onset diabetes, especially in the elderly, could lead to pancreatic cancer.

Blood tests can be done to detect certain proteins that may go up in the presence of pancreatic cancer, but the proteins aren’t always elevated. If they are, the cancer is often already advanced, the American Cancer Society says.