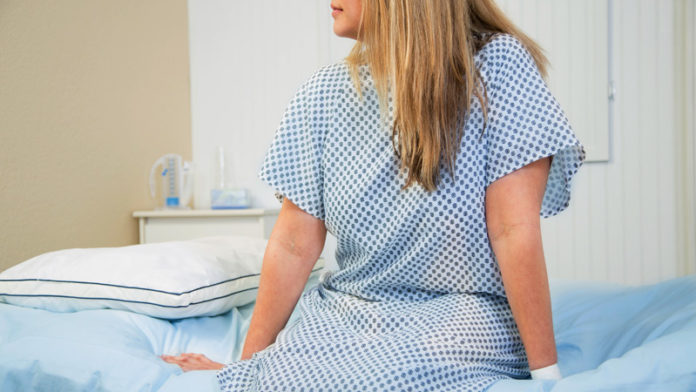 SEATTLE — For women in the general population, the incidence of syphilis is at a 20-year high. But for women with HIV — particularly those who inject drugs — the incidence is 330% higher than that, data from a long-term study show.

“When women with substance abuse disorder are going into treatment programs, it would be great to have syphilis screening as part of the treatment program,” said Jodie Dionne-Odom, MD, from the University of Alabama at Birmingham. “If you have someone in a pregnancy clinic who has HIV and is using Suboxone, let’s make sure they get screening at entry to care, at 28 weeks, and at delivery.”

“That is the kind of simple thing providers can do as long as they are aware that this is not just a problem among men,” Dionne-Odom said here at the Conference on Retroviruses and Opportunistic Infections 2019.

Putting Syphilis Rates in Women on the Radar

Screening recommendations for women vary widely. The US Preventive Services Task Force, which establishes gold-standard screening and prevention methods in the United States, call the screening frequency for syphilis “not well established.”

The Centers for Disease Control and Prevention (CDC) suggests screening for syphilis every year in sexually active people with HIV (JAMA. 2016;315:2321-2327) and at entry into pregnancy care for all American women (JAMA. 2018;320:911-917). The HIV Medical Association suggests screening at diagnosis and then as needed.

To determine the rate of American women living with HIV who also had syphilis, Dionne-Odom and her colleagues turned to the Network of Integrated Clinical Systems, a network of Centers for AIDS Research (CFAR) in urban centers, such as Birmingham, Alabama; Boston; Chapel Hill, North Carolina; Cleveland; and San Diego.

The team extracted data for the 4416 women with HIV in the system who had been tested for syphilis from 2005 to 2016. What they found was eye-opening, said Dionne-Odom.

But it was not just young women, as is common with Chlamydia and gonorrhea. In fact, the difference between younger women and older women with HIV who acquired syphilis was not significant, which is “striking,” she said.

“Younger women are tested at a much higher rate than older women,” she added. This finding suggests “that we’ve been missing some of the disease in older women because it’s not recognized that it’s still happening.”

And 80% of the women were asymptomatic, which indicates that the syphilis epidemic in women with HIV has been “under the radar” until now, Dionne-Odom explained.

“Even in our clinic, we still think of syphilis as something predominantly occurring in men,” she said. “Most of the patients coming in with the cankers and the rash are men.”

In the study cohort, the most common factors associated with a syphilis diagnosis were heterosexuality and injection drug use. This tracks with recent CDC data for syphilis diagnoses in women in the general population (MMWR Morb Mortal Wkly Rep. 2019;68:144-148).

This led Lealah Pollock, MD, from the University of California, San Francisco, to wonder if the screening recommendations for women with HIV should be expanded to all those who use injection drugs and have sex with high-risk partners.

“Presumably,” said Pollock, “these are the same women, only a few years before.”

Dionne-Odom concurred, noting that “this issue is not isolated to just women with HIV.” But, she explained, because the annual incidence of syphilis from 2005 to 2016 in women with HIV was so much higher than in women in the general population (760.0 vs 2.3 per 100,000 person-years), “we certainly need to be screening them more frequently than we already are.”

Building Screening Into the Process

The way doctors screen women is another issue. In recent years, providers have started to test for gonorrhea and Chlamydia not just on the genitals, but also in the mouth and rectum. This screening — along with the increase in screening for sexually transmitted infections (STIs) related to the administration of the combination of emtricitabine and tenofovir (Truvada) for pre-exposure prophylaxis (PrEP) — is key, said Melanie Thompson, MD, from the AIDS Research Consortium of Atlanta (ARCA), who is a provider at a CFAR in Atlanta.

“The context of PrEP has been very important for driving home the point about asymptomatic STIs,” she said. When STI screening is built into the process “and people just expect it every 3 months when they come to get their prescriptions, it’s amazing how many STIs we find.”

But there are barriers because there are not enough HIV providers to go around, which hinders STI screening, said Thompson. And often, funding for sexual and reproductive health comes from a channel separate from HIV funding. But when patients have to go to multiple specialists to get different aspects of their care, it’s more expensive and more work.

“It’s not necessarily possible to do primary care for everyone,” she said. The Ryan White program does a better job than most, but “there’s room to grow.”

“Integrated services are especially important for people living with HIV because many have very complicated lives. They are unlikely to go to a gynecologist and then go to an HIV specialist and then, you know, to a cardiologist,” said Thompson, adding that the more one-stop-shopping, the better.