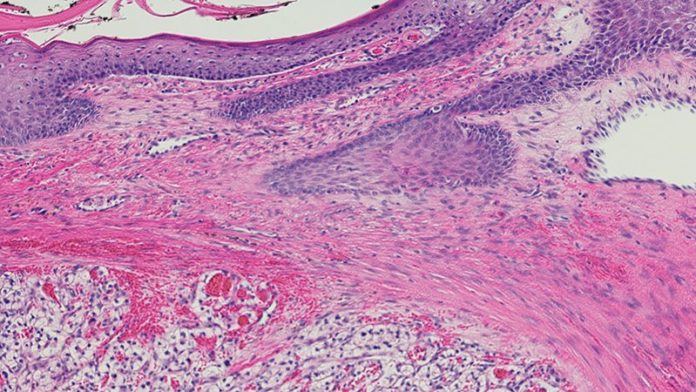 While there has been much progress made in recent years in the treatment of kidney cancer, all of it has been in the most common form of this disease, clear-cell renal cell carcinoma (ccRCC).

Patients with the less common type of kidney cancer, non-clear-cell renal cell carcinoma (nccRCC), have usually been excluded from the large trials.

Now, there are data to suggest that cabozantinib (Cabometyx, Exelixis), which is already approved for ccRCC, also has promising activity in the less common nccRCC.

The new data come from a retrospective analysis reported by a team of international researchers in a study published online February 28 in The Lancet Oncology.

The results suggest that the “antitumor activity of cabozantinib is not limited to the clear-cell renal cell carcinoma subgroup and that some patients with non-clear-cell histology can achieve significant clinical benefit,” note the study authors.

In an accompanying editorial, Paul Russo, MD, of the Weill Cornell School of Medicine, Memorial Sloan Kettering Cancer Center in New York City, congratulates the researchers on their achievement. He also highlights the lack of proven therapy for this tumor subtype, and describes non-clear-cell RCC as “an unmet oncological need.”

Non-clear-cell RCC accounts for only 25%-30% of kidney cancer and has a mixed histology. Given the rarity of these tumors, large-scale prospective trials “will be difficult, if not impossible to do,” he writes.

Which is why he is impressed with the “well organised effort” that is now reported. “The determination of a such a large group of oncologists to provide real-world care to their patients while obtaining and analyzing these data is truly remarkable,” he comments.

Despite all of the shortcomings of a retrospective cohort study, as well as the absence of central pathology and radiology review, and the complex mixture of different histologies, “this study provides clinicians with credible information that can guide treatment of these notoriously difficult tumors,” he comments.

The multicenter retrospective analysis included 112 patients with metastatic disease who received oral cabozantinib during any treatment line at 22 centers (21 in the US and one in Belgium). Within this cohort, 66 (59%) had papillary histology, 17 (15%) had Xp11.2 translocation histology, 15 (13%) had unclassified histology, 10 (9%) had chromophobe histology, and 4 (4%) had collecting duct histology.

An investigator-determined objective response was achieved by 30 patients (27%), which included 1 complete response and 29 partial responses. In addition, 53 patients (47%) had stable disease.  The proportion of patients who derived an overall clinical benefit with the treatment was 74%, and 4 were not evaluable due to inadequate time on therapy.

At the time of analysis, 38 patients remained on therapy, and reasons for treatment failure included progression (85%), toxicity (7%), patient preference (3%) physician preference (1%) and other reasons (4%).

At a median follow-up of 11 months, these “real-world” patients treated with cabozantinib had a median progression-free survival of 7 months and a median overall survival of 12 months.

In addition, anti-tumor activity was observed across all non-clear-cell subtypes.

Next-generation sequencing data were available for 54 (48%) of the 112 patients, and the most frequently altered somatic genes were CDKN2A (12 patients [22%]) and MET (11 patients [20%]), but responses were observed irrespective of mutational status.

The most common adverse events of any grade were fatigue (52%) and diarrhea (34%), while the most common grade 3 events were skin toxicity (rash and palmar-plantar erythrodysesthesia [4%]) and hypertension (4%). There were no treatment-related deaths.

There was no outside funding for the study. Several of the coauthors have disclosed relationships with industry; Russo has disclosed no relevant financial relationships.