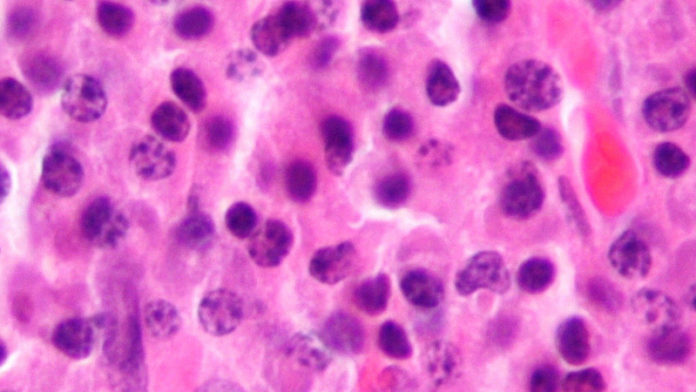 The finding comes from the Prognostic Immunophenotyping for Myeloma Response (PRIMeR) study, the first US-based analysis of MRD assessment with multiparameter flow cytometry in a phase 3 trial. The trial involved more than 430 patients.

The results show that patients who were MRD negative prior to AutoHCT, at the start of maintenance therapy, and after 1 year had significantly better 3-year PRS than patients who had MRD.

In addition, 3-year overall survival was significantly better for patients who were MRD negative at 1 year than for those who were MRD positive.

However, the researchers were unable to show that the type of maintenance therapy used after AutoHCT had any impact on either PFS or overall survival.

“Multiple myeloma remains an incurable disease, but we have more and better treatment options than ever before,” Hahn said in a press release.

“What’s most exciting about this approach is that it may help us figure out sooner which patients may benefit from a change in their treatment regimen,” she added.

Jane F. Apperley, MD, from Imperial College London, United Kingom, who co-chaired the scientific program at the meeting, told Medscape Medical News that “this is not the first time that the impact of the presence or absence of minimal residual disease has been shown to impact survival.”

She continued: “I think the really impressive part of that study was the fact that they were able to conduct a huge, multicenter study and obtain clinical samples that they could work with to enable them to look at those effects.

Apperley added that she was “a little surprised” that there was no difference in survival outcomes among the various treatment arms, although she noted that the presentation was not particularly focused on those results.

Hahn opened her presentation by noting that a 2017 meta-analysis showed that PFS and overall survival were significantly better among multiple myeloma patients who were MRD negative after treatment than among those who had MRD.

However, she pointed out that none of the studies that were included in the analysis measured MRD before and after transplant and at 1 year or post maintenance.

Hence, her team examined data from the BMT CTN 0702 phase 3 trial. In that trial, 785 multiple myeloma patients underwent single-cycle melphalan preparation and then one of the following regimens:

All maintenance therapies were continued until progression.

Patients were subsequently invited to take part in the ancillary STAMiNA analysis, in which bone marrow samples were taken for MRD assessment at baseline, before the start of lenalidomide maintenance therapy, and at 1 year follow-up.

This yielded a total of 883 bone marrow samples from 437 patients.

The results showed no significant difference in the proportion of MRD- negative patients between the three treatment arms at the baseline and premaintenance assessments.

On intention-to-treat analysis, there was a trend for fewer patients being MRD negative at 1 year in the Auto vs Auto+Auto and Auto+RVD arms (P = .04).

Specifically, patients in the Auto arm were significantly less likely to be MRD negative at 1 year compared with those in the Auto+Auto arm (odds ratio, 3.07; P = .014).

In addition, 3-year overall survival was significantly better for patients who were MRD negative at 1 year than for those who were MRD positive, at 96% vs 66% (P < .001).

On multivariate analysis, none of the treatments was significantly associated with PFS.

However, high-risk multiple myeloma was associated with PFS when compared with standard-risk disease, at an estimated hazard ratio of 1.66.

The association was even greater with regard to MRD-negative patients, for whom the hazard ratio for PFS was 4.37.

However, Hahn pointed out that the small number of patients disproportionately inflated the hazard ratio.

In the discussion period after her presentation, Hahn said that her team is “currently updating the survival analysis with longer follow-up.”

She said they will “assess the predictive value of MRD assessments by treatment arm to compare patients who are MRD negative at all time points vs those who convert to MRD negative by 1 year.”

Hahn explained that, building on their results, MRD assessments have been incorporated into the recently completed BMT CTN 1401 and 1302 trials, and she believes that MRD assessments beyond 1 year post transplant may be valuable.

However, Hahn noted that more trials incorporating MRD are needed to determine its utility as an endpoint for treatment decisions to augment, change, or discontinue therapy.

The study was funded by the National Institutes of Health/National Heart, Lung, and Blood Institute. The investigators have disclosed no relevant financial relationships.