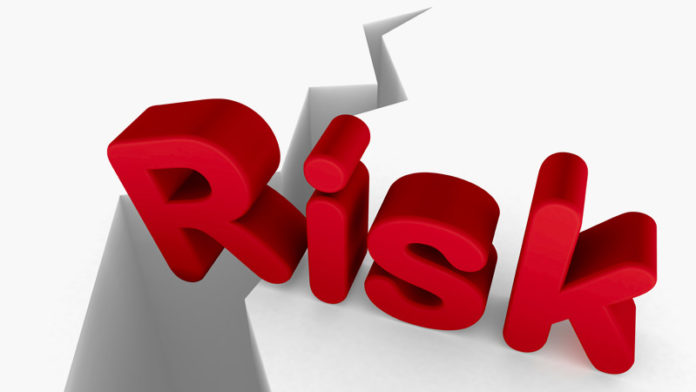 Transmucosal immediate-release fentanyl products (TIRFs) are often used inappropriately, despite the existence of a risk evaluation and mitigation strategy (REMS) from the US Food and Drug Administration (FDA) for these products, new research suggests.

In one of the first studies of its kind, investigators reviewed FDA documents from 2012 to 2017 that were obtained through the Freedom of Information Act.

Results showed that 60 months after initiation of the REMS program for TIRFs, between 34.6% and 55.4% of patients who were prescribed the agents were not opioid tolerant. Nevertheless, the FDA did not require substantive changes to the program, and there were no reports of prescribers being disenrolled for inappropriate prescribing.

“Despite the intentions of the REMS program, it failed to restrict the use of these products,” corresponding author G. Caleb Alexander, MD, Johns Hopkins Bloomberg School of Public Health, Baltimore, Maryland, told Medscape Medical News.

“Four years after the program was launched, as many as half of patients receiving these products were not opioid tolerant; and this is not a relative contraindication, this is an absolute contraindication,” he added.

Alexander noted that the effectiveness of REMS programs has been the subject of considerable debate.

“I’m not suggesting that REMS is a failure or a bad idea,” he said. “In fact, I think the program serves a very important role, and in many cases meets or exceeds expectations. But this is one case where clearly the train went off the rails.”

The findings were published online February 19 in the Journal of the American Medical Association (JAMA).

TIRFs are short-acting fentanyl products that are delivered through a variety of media, including tablets, lozenges, and sprays. The drugs are approved solely for the management of breakthrough cancer pain in opioid-tolerant patients.

Given the potency of these products, the FDA implemented a highly restrictive REMS on December 28, 2011. This move was intended to minimize the risk for adverse outcomes, misuse, and overdose arising from their use.

In implementing the REMS, the FDA was hoping to prevent these products from being prescribed to patients who were not opioid tolerant and to ensure their use in appropriate patient groups.

The REMS requires that pharmacists, prescribers, and patients certify their understanding of the indications, appropriate use, and risks of TIRFs before they can be dispensed, prescribed, or consumed.

“Despite the FDA’s efforts at greater transparency, in many regards there’s remarkably little information in the public domains about the REMS assessments that are conducted by manufacturers and subsequently reported to the FDA,” Alexander said.

“These products are not your typical opioids,” he added. “TIRFs are highly potent, rapidly acting opioids that can be fatal when taken by people who aren’t already opioid tolerant.”

Through a Freedom of Information Act request, the investigators obtained a host of documents from the FDA, including assessments conducted by TIRF sponsors as part of the REMS program, FDA responses to these assessments, and other communications between sponsors and the agency.

In total, 3812 pages of materials related to the TIRF REMS program were reviewed. Interestingly, some documents were redacted on the basis of exceptions for “confidential commercial information” and/or intra-agency “deliberative process.”

The researchers successfully appealed these redactions, which resulted in the release of an additional 1065 pages of documents.

The documents were coded according to their source, as well as the relevant time frame of the report. Some of these data came from prescriber, pharmacist, and patient surveys, which were conducted 12, 24, 36, 48, and 60 months after program initiation.

The researchers also extracted data regarding program noncompliance, which included any instances of prescriber noncompliance and subsequent disenrollment from the REMS.

Although the investigators could find no numerical benchmarks set by the FDA with respect to determining successful achievement of the REMS goal, both the FDA and the relevant industry groups agreed that “a correct response rate of 65% or greater would be considered to represent adequate understanding of each concept or key risk message” for the knowledge surveys.

The researchers also analyzed the success of the REMS with respect to minimizing TIRF use among patients who did not have breakthrough cancer pain. At 60 months, only 162 of 318 pharmacists (50.9%) reported that TIRFs should not be prescribed to opioid-tolerant patients for chronic, noncancer pain.

Similar patterns were observed with prescribers, 54 of 294 of whom (18.4%) erroneously reported at the 60-month point that TIRFs were FDA approved for chronic, noncancer pain.

The investigators note that the FDA made no substantive changes to the REMS program for TIRFs, despite evidence that it was falling short of its goals. Although the program empowered sponsors to take corrective actions against parties that violated the program’s requirements, none were reported by TIRF manufacturers during the 60-month report period, they add.

“Although the FDA has taken steps to improve this system in recent years, including efforts to standardize, integrate, and evaluate REMS programs, additional action is needed,” they write.

The editorialists suggest three possible reforms to address the situation.

“First, REMS should be designed by the FDA with manufacturer input — not vice versa — and be administered by a neutral third party paid by the FDA with newly instituted REMS user fees,” they write. “Second, REMS assessments submitted to the FDA should be publicly available.”

Third, they suggest that for REMS to ensure safe use of drugs with potentially significant adverse effects, the FDA needs to become more assertive in requesting specific analyses pertaining to the program’s performance.

Alexander noted that the potential for harm is real. “These opioids represent a small percentage of all opioids prescribed, but we’re in the middle of the worst drug epidemic in our nation’s history,” he said.

“And I think our findings raise concerns regarding the adequacy of the FDA’s broader response to safeguard the public health when it comes to opioids,” Alexander concluded.

Alexander is chair of the FDA’s Peripheral and Central Nervous System Advisory Committee, serves as a paid advisor to IQVIA, holds equity in Monument Analytics, and is a member of OptumRx’s National P&T Committee. Relevant financial relationships for the study’s coauthors are listed in the original article. Sarpatwari’s work is supported by institutional grants from the Laura and John Arnold Foundation, the Harvard Program in Therapeutic Science, the Engelberg Foundation, and the Open Society. Curfman reports no relevant financial relationships.