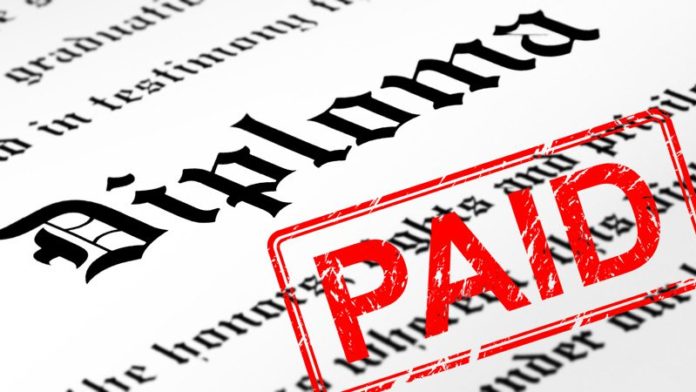 Most physicians, medical students, and nurses/advanced practice registered nurses (APRNs) who responded to a Medscape Medical News poll said they are in favor of free tuition for medical students.

Among physicians and nurses/APRNs, 72% said they favor or strongly favor the idea. Medical students, perhaps not surprisingly, had the most enthusiastic response, with 90% in favor.

Only 16% of physicians, 6% of medical students, and 18% of nurses/APRNs were opposed or strongly opposed to free tuition. Some answered that they neither favored nor opposed the idea.

The poll, published October 3, is based on 704 responses (511 physicians, 141 nurses/APRNs, and 52 medical students). It was taken in response to two medical schools announcing over the last summer that they would waive tuition for upcoming classes.

NYU leadership said it was making the decision in hopes of attracting a more diverse group of students and to encourage students to pursue lower-paying fields such as primary care.

Kaiser Permanente School of Medicine in Pasadena, California, also announced February 19 that it will waive tuition for all 4 years for the school’s first five classes.

Additionally, the most recent Medscape Residents Salary and Debt Report shows that 23% of residents have more than $300,000 in medical school debt.

Most Commenters Opposed the Idea

In contrast to the poll respondents, most of those who commented on the poll story were against the idea. Some said that others in the healthcare field may be just as deserving.

A gastroenterologist wrote, “So what would prevent nursing, pharmacy, physician assistants, public health, physical therapists, dietitians, radiology techs, hospital techs, etc, etc, from asking for and be granted free education since they are caring for patients?”

A registered nurse echoed that sentiment: “Why should medical students get a free ride and nursing students don’t? Resident doctors get paid after they graduate, nurses don’t,” she wrote.

Some took issue with the word “free,” arguing that someone else, perhaps the taxpayers, will pay.

A psychiatrist called free tuition “completely silly” and wrote, “I think educating physicians about finances is important. Free is not free — someone will get stuck with the bill, and that someone is the taxpayer. Tuition and fees however should be reduced as they are absurd at some schools.”

If taxpayers do pick up the tab, a pediatrician wrote, “then prices will continue to climb. Medical schools will be reimbursed whatever they charge and students won’t care because they aren’t paying either.”

Some said it is part of the personal investment physicians make when they choose their career.

One physician wrote, “I paid my medical school bills and it took 10 years. I never whined that somebody else should pay my debts.”

The poll asked whether free tuition would have changed physicians’ choice of specialty and 21% said yes, 62% said no, and 17% said they were unsure.

Pediatricians were the least likely to think free tuition would have changed their choice (11%); 68% said no and 21% were unsure.

Other Ways to Get Tuition Help

A radiation oncologist pointed out that there are other ways medical students can get help with costs, including tuition deferrals through the National Health Service Corps if they agree to work in underserved areas, or scholarships with the US military’s Health Professions Scholarship Program.

“I think that such programs should be expanded across the country,” the oncologist wrote. “One very important caveat, however, is that graduate medical education should be allowed to be completed before the pay back starts.”

A family physician who wrote in favor of free tuition said, “My medical education was almost free. Tuition at (University of California Los Angeles) in 1977 was $1,200/year. Medical ed in Denmark IS Free. There is NO reason it could not be free or $1,200 again if there was a change in priorities. The current situation is not sustainable. If I were entering medical school now I would not have been able to go due to cost.”

Does Free Tuition Give Some an Advantage?

The poll also asked whether waiving tuition gives some students an unfair advantage over those who graduate with debt.