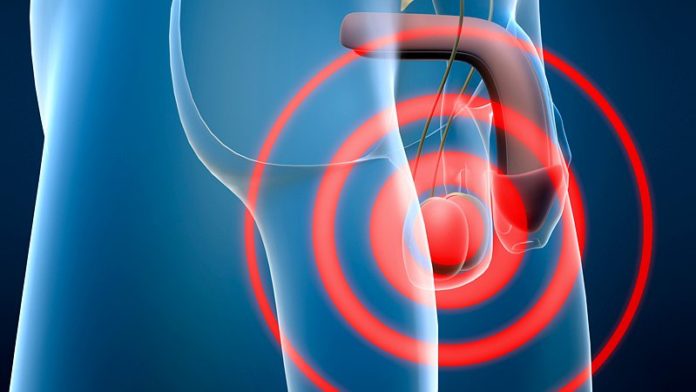 Discussing both studies, Sia Daneshmand, MD, associate professor of urology at the University of Southern California’s Keck School of Medicine in Los Angeles, commented that RPLND as a primary treatment for stage ll seminoma is a fairly new approach. “Although it’s an old concept that’s basically been resurfaced and brought back to us, and it’s a logical treatment,” he added.

He pointed out that this approach has been a highly efficacious strategy in germ cell tumor management for years. The new data presented at the meeting suggest it can also be beneficial in testicular seminoma, and this approach is being investigated in an ongoing US study — the Surgery in Early Metastatic Seminoma (SEMS) trial — that has so far accrued 48 patients at 15 sites, with a planned accrual of 55 patients over 4 years.

“The goal, really, in this day and age is to maintain the high survival rates and reduce the long-term related toxicities,” explained Daneshmand, who is also the principal investigator of the SEMS trial.

I think we can reduce long-term, treatment-related toxicities and lead to cure. Dr Sia Danesmand

RPLND as a primary treatment for treatment of metastatic seminoma is a paradigm shift, he said. “I think we can reduce long-term, treatment-related toxicities and lead to cure,” he said. “And importantly, it’s important to note that all the patients who do relapse are cured with chemotherapy.”

Standard management is radiotherapy for stage IIA or chemotherapy for stage IIB seminoma, but “both of those options are toxic and lead to secondary malignancies, so we are looking for less-toxic treatment options,” said Peter Albers, MD, professor of urology at Heinrich-Heine-University Düsseldorf, Germany, who presented one of the new studies.

“Toxicity and secondary malignancies definitely influence overall survival of testis cancer patients,” he noted. For example, data on long term survival in testicular cancer from a Norwegian study show that — as compared with melanoma patients of the same age — there was a considerable drop in survival 35 to 40 years after testes cancer, and treatment-related toxicity took away about 6 to 7 years of life.

The new study that Albers presented at the meeting is part of an ongoing phase 2 trial, which is assessing the role of RPLND for men with low volume Stage II A/B seminoma without planned adjuvant therapy

This was a two-part study, which began with a 9-patient feasibility pilot phase. To date, an additional 14 patients were accrued, bringing the total to 23 patients enrolled in both studies.

All patients had clinical stage II A/B seminoma, <5 cm nodal disease (in transverse diameter), had a recurrence during surveillance or presented with stage II A/B disease or experienced a recurrence following carboplatin adjuvant therapy. RPLND was carried out by either open or robotic surgery, but was a unilateral template procedure, Albers explained.

The primary endpoint of the study was recurrence-free survival after 3 years, but if recurrence rates exceeded 30% in the first year after surgery, then the trial would be halted. This was the reason that the data was being presented now, Albers explained. “We had a planned interim analysis because of this stopping rule after one-and-a-half years.”

Albers focused his presentation on the 14 patients in the phase II study. The median age was 36.5 years (range 28-49), and of this cohort, 6 patients were stage IIA and 8 were stage IIB. Ten patients had experienced disease recurrence while on surveillance, while 4 presented with metastatic disease and 2 had recurrences following treatment with adjuvant carboplatin.

The median tumor size was 1.8 cm, and 7 patients had open surgery, 7 had robotic RPLND, and 8 patients underwent an ipsilateral nerve sparing procedure.

At the interim analysis, 10 patients remain free of recurrence while 4 (29%) experienced disease recurrence. The mean time to recurrence was 6.8 months, and 3 of the recurrences occurred in patients with IIA disease. “This was a little bit astonishing for us, as well, that 3 of the 4 occurrences happened in stage IIA patients, with a considerable load of lymph node metastases taken out,” said Albers.

All relapses were outside of the operative field, and all were cured with salvage chemotherapy. The surgical approach was not associated with recurrence rates, he said.

The recurrence rate of 29% matched the 30% rate observed in the pilot phase. “But in the first nine patients, we got the impression that recurrence is volume dependent, because only stage IIB and IIC patients relapsed,” he said. “But this didn’t hold true for the phase II trial.”

Based on these interim results, the study will continue to completion. Albers and his colleagues now plan now to extend this trial to a multicenter setting in Germany in order to enhance accrual. “We would like to combine the data, at least for the IIA patients, with the ongoing US trial (SEMS),” he added. “And most importantly, we think that this is an ideal setting of testing the microRNA 371 measurement before and after surgery in search for a new biomarker that potentially could help [in] selecting patients for this approach.”

The second study presented at the GUCS meeting was a retrospective analysis of US data.

Thomas L. Jang, MD, a urologic oncologist and assistant professor of surgery at Rutgers Robert Wood Johnson Medical School, New Brunswick, New Jersey, and colleagues, used data from the 2004 to 2014 National Cancer Database to evaluate the use of RPLND in the primary and post-chemotherapy settings, as well as its impact on survival.

Of this group, 89% underwent RPLND in the first-line setting and the other 11% did so after being treated with chemotherapy, and no major differences were observed between these two groups. Most patients who underwent post- chemotherapy-RPLND did so at an academic center (63.8%) or comprehensive community cancer program (21.3%).

At a median follow-up of 4.1 years, the 5-year overall survival was 94.2% for primary RPLND, and 89% for those who had chemotherapy.

“Although RPLND is rarely used as primary therapy in these men, overall survival rates appear to be favorable,” said Jang in a statement. “Our findings are directional and, ultimately, ongoing prospective trials such as the SEMS trial will clarify the role of surgery in this setting.”

No outside funding was disclosed for either study. Albers, Jang, and Daneshmand have disclosed no relevant financial relationships.