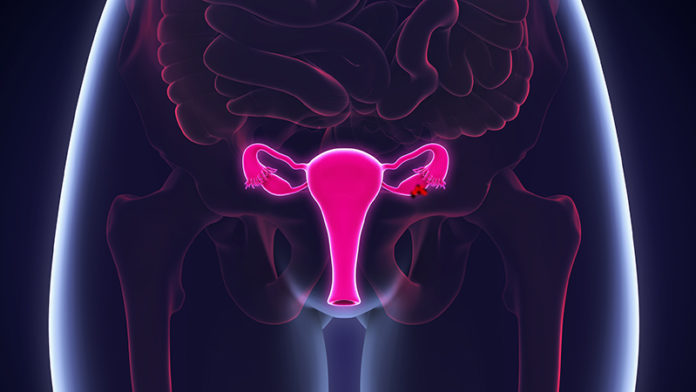 While the procedure has been controversial, multiple investigations through the years — including retrospective series, population studies, and reanalyses of prospective trials — have reported that lymphadenectomy is associated with improved survival.

Now, however, a landmark trial from Europe indicates that these lesser investigations have been mistaken: Automatically removing the pelvic and paraaortic lymph nodes does not extend life.

“Patients with advanced ovarian cancer…did not benefit from systematic lymphadenectomy,” the researchers conclude.

The full results from the LION trial were published online February 27 in The New England Journal of Medicine.

Preliminary results from the LION trial were presented at the 2017 annual meeting of the American Society of Clinical Oncology and reported at the time by Medscape Medical News.

At the meeting, Linda Duska, MD, professor of obstetrics and gynecology and the associate dean for clinical research at the University of Virginia School of Medicine in Charlottesville, agreed with the investigators that the findings demonstrate that lymphadenectomy can be safely omitted because it did not improve survival outcomes.

There was no effect on survival, even though more than half of the patients — 56% — had occult nodal disease, she said.

“This debunks the ‘sanctuary’ node theory, which many of us learned during our training, that it’s important to remove these sanctuary nodes,” Duska said.

Now, in an accompanying editorial, a pair of experts explain how medical practice got things wrong for so long and how LION’s “meticulous trial design” finally got it right.

“Death from ovarian cancer most often occurs from progression of abdominal disease” — either from bowel obstruction or malnutrition, they note.

Removable of visible disease is the primary goal of cytoreductive surgery (and may include multiple organs with disease spread). Importantly, this type of extensive surgery is associated with improved survival in randomized trials, observe the editorialists.

However, nonvisible disease has worried physicians. In particular, they fear cancer that may be hidden microscopically in otherwise normal-looking abdominal-area lymph nodes.

Sure enough, roughly 50% of such nodes will have disease spread that is not obvious to the eye, according to previous studies of postsurgery pathology reports. Furthermore, the editorialists point out that the cancer will exist in many nodes despite chemotherapy. Thus, standard cytoreductive surgery also goes after potential nonvisible disease and includes lymphadenectomy.

These facts lent credence to the “large number of investigations” that previously reported improved overall survival with lymphadenectomy, the editorialists suggest.

But there have also been criticisms of “the many previous studies,” say the editorialists.

And, notably, the “novel trial design” of LION addresses these criticisms.

“This was essential,” write the editorialists, “because it has been difficult in other studies to distinguish whether lymphadenectomy had an independent effect on survival or was a surrogate for a more complete cytoreduction” (ie, more comprehensive cytoreductive procedures tended to include a lymphadenectomy).

Approached for comment, Jason Wright, MD, chief the of the gynecologic oncology division at New York-Presbyterian/Columbia University Medical Center echoed the editorialists in his assessment of the new study.

“This is definitely an important study,” said Wright, who was not involved in the research.

Cytoreduction or debulking surgery is the standard of care for advanced stage ovarian cancer but is associated with a significant rate of complications, he told Medscape Medical News in an email.

The study suggests that lymphadenectomy, which is part of that surgery, is not beneficial, may be harmful, and should be avoided if the lymph nodes are not enlarged, said Wright.

“This will help guide surgical management of women with ovarian cancer and hopefully reduce complication rates,” he said.

Patients in the LION study were enrolled at multiple centers in several countries, including Germany, Italy, Czech Republic, Belgium, Austria, and South Korea.

Eligible patients had a primary diagnosis of advanced epithelial ovarian cancer of stage IIB through IV (per the International Federation of Gynecology and Obstetrics staging system of gynecologic cancer).

The authors point out that in stage IIB through III of the disease, the cancer has not spread outside the peritoneal cavity. Patients with metastases outside the peritoneal cavity (stage IV) were included if resectable metastases were present in the pleura, liver, spleen, or abdominal wall. In short, stage IV patients were included if macroscopically complete resection seemed feasible and they had a good Eastern Cooperative Oncology Group performance status score.

The authors report that, like overall survival, median progression-free survival was not significantly different between the study groups; it was 25.5 months in both groups (P = .2).

Serious postoperative complications occurred more frequently in the lymphadenectomy group than in the no-lymphadenectomy group. For example, the incidence of repeat laparotomy was 12.4% vs 6.5% (P = .01); this refers to surgery performed on the abdomen using the traditional full-size incision.

The most common reason for repeat laparotomy was bowel leak or fistula. The study authors suggest that lymphadenectomy may have increased this risk by extending an already long, complex surgical procedure.

The results of the international, multicenter LION, say the investigators, “add level 1 evidence to the long-standing discussion about the role of lymphadenectomy in advanced ovarian cancer and once more underline the importance of the use of proper research methods in generating clinical evidence.”

The study was supported by the Deutsche Forschungsgemeinschaft and the Austrian Science Fund. Multiple authors have reported relevant financial relationships; see the study for a full list.

When Too Much Treatment Creates More Harm Than Good