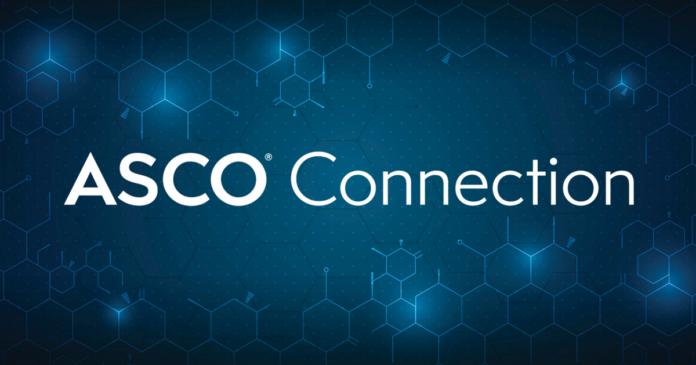 Editor’s note: Dr. Hudis hosts the ASCO in Action Podcast, which focuses on policy and practice issues affecting providers and patients. An excerpt of a recent episode is shared below; it has been edited for length and clarity. Listen to the full podcast online or through iTunes or Google Play.

I am delighted to have as my guest Scott Gottlieb, MD, the commissioner of the United States Food and Drug Administration. The FDA of course plays a critical role in the delivery of high-quality cancer care by reviewing and approving cancer treatments. This continues to generate discussions about the pace of scientific advances, and indeed the regulatory role of the FDA. Given that, we are really lucky to be able to talk today with Dr. Gottlieb about the FDA’s efforts to increase overall efficiency by updating or modernizing aspects of our clinical trials conduct and expediting the end-to-end drug development process.

I will admit that I’m going to take advantage of this opportunity to also ask how his agency is tackling the issue of tobacco control for the next generation of tobacco products, another area of deep concern from our community and others.

CH: As a professional society, we are very focused on the intersection of science and society. Given that, and noting that you’ve been at the FDA for more than a year following a long career in public service and in private industry, I have to start by asking: Has your current experience changed or evolved your view of the FDA’s role or functions, and if so, how?

SG: I’ve been at the agency three previous times. I had a good sense of what the agency’s public health mandate was and what its mission was. I think that the nature of the market and the science that we’re grappling with has certainly forced or compelled the agency’s mandate to evolve.

I think what we’re seeing right now is that we’re at the inflection point with respect to a lot of new opportunities from technology. We look at things like gene therapy and cell-based regenerative medicine. Those fields largely didn’t exist last time I was at the agency, and now we’re a point where we’re going to see gene therapies approved to the market, and we saw three CAR-T’s approved already, that are going to fundamentally transform the treatment of disease.

When I was last [at the FDA], we were talking about the ability to advance genomically derived drugs and have a more targeted approach to the treatment of patients, where you can get the right drug to the right patient at the right time with sort of a drug diagnostic system, yet seeing some early examples of that. But now that is a much more routine development pathway.

With respect even to tobacco, which you mentioned, we’re at a point right now where we have the opportunity to use new technology potentially to help currently addicted adult smokers transition away from combustible tobacco products onto products that we presume don’t have all the same risks associated with them. Using new authorities we have to regulate tobacco, including regulate nicotine levels in combustible cigarettes to render them minimally and not addictive, and allowing for a regulatory pathway that puts some of the new technologies like e-cigarettes through an appropriate series of regulatory gates, we have the opportunity to transition adult smokers off of combustible tobacco, with all the morbidity and mortality associated with combustible tobacco use, more rapidly than we did in the past.

Across the board, I think we’re seeing technological inflection points. Digital health tools are another example that are not only creating significant new opportunities, but I think compelling the agency to rethink its traditional approach to regulation in order to accommodate the opportunities that these new technology platforms create.

CH: Is it fair to sum all that up as the agency recognizing that technology in many domains is defining and driving the need for new regulatory frameworks, and in turn, we have to educate Congress and others to make sure that the agency actually has the appropriate authorities? Is that the virtuous cycle you’re describing?

SG: I think that’s exactly right. I think that there are areas of profound technological change where the traditional approach to regulation doesn’t apply well.

Digital health tools are probably a very obvious example where you can have sort of practical incentives. Where you have a digital health tool, you might evolve it almost on a daily or weekly basis in the marketplace. It’s a medical product that’s a digital health tool, like a medical lab, for example. A regulatory process that requires you to come in and file for premarket approval every time you want to make a modification or have to file a 510(k) supplement is antithetical to the rapid cycle of innovation and evolution that those kinds of products undergo.

We had to think of a new regulatory paradigm for how we would treat these products, and that’s where we move towards the Pre-Cert model, where effectively what we’re doing is validating the underlying architecture of the software platform, and validating the SOPs, how good is the company at certifying its own software and validating its own software products. Then we would allow them, after an initial approval, to come to market with modifications as well as subsequent approvals without having to seek premarket clearance from the FDA every time. We would shift toward the post-market regulatory regime for subsequent products. Basically, instead of regulating the individual products, in essence we’re regulating the firm and taking a firm-based approach. That’s an example of where we’ve had to rethink our regulatory model in order to accommodate a much different approach to innovation.

Another example is with cell-based regenerative medicine, where we have very clearly said that we think that there’s a lot of opportunity but we also see a lot of clinics promulgating products based on what we think is incomplete, if not poor, science and creating substantial risk of patients using cell-based products intrathecally, or for injections into the eye, where they’re creating substantial risk and don’t have really a scientific basis to argue that there’s convincing evidence of a benefit.

These products are clearly subject to FDA regulation. They cross the line between what is and isn’t regulated by FDA, but subject to enforcement discretion of the agency over many, many years. Prior to when I came in here, the agency didn’t actively regulate these products. We have said very clearly, we’re going to actively step in to regulate this field. In fact, it’s going to take a number of enforcement actions, and we’ll be taking others. At the same time, we also recognize that a lot of these technologies are being promulgated by small developers, and there’s a lot of promise here.

We’ve had to again come up with a more accommodative approach. But how do we regulate a field where a lot of the really interesting innovations are being brought forward, for example, by academic investigators working in small clinics? What we’ve said in that case is that we’ll allow investigators to pool their data so long as they follow common manufacturing protocols that are doing similar things with cells, and it can file a common Biologics License Application. Then we’ll give individual licenses to the individual institutions or individual investigators.

CH: That actually lets us pivot to an area of traditional focus for at least a large group of our members at ASCO: drug development. It’s clear that you’ve made it a priority to streamline how new drugs specifically are reviewed and approved. As part of that effort, recently you announced a new office, and my understanding is the goal is to centralize performance metrics like biomarkers and patient-reported outcomes. How do you see this new office specifically helping to support this goal of a more standardized and, ultimately, more efficient and faster review process?

SG: Well, with the Office of Drug Development Science, the goal there is to create an infrastructure that will help better validate scientific tools that are being used to help advance drug development, like patient-reported outcomes, like bioinformatics. What we’ve seen is that there’s a lot of hard science behind these tools, and they’ve become much more commonly used in drug development programs. We need an infrastructure that not only provides for a more standardized approach to assessing these modalities when they’re incorporated into applications, but also that help to advance the science of how to use these tools. I compare it to what happened in 2003 with modeling and simulation. And I was here during the time period.

Over that time period, we were seeing more drug developers starting to use modeling and simulation as a component of their overall drug development programs, and we saw modeling being included in applications. Early on, it was often used for dose finding because you wanted to give the dose finding trials. But then you wanted to use the data that you derived from the dose finding trials to simulate what would happen if you picked a dose in between the two doses that you might have tested.

We said to ourselves, well, this is very interesting. This could really help inform drug review better, give us more information about safety and benefit. We need some standard approach to how we’re going to both evaluate these tools as well as help develop them into a harder science so it could be more rigorously used in drug development.

Listen to the full podcast online or through iTunes or Google Play, and find the latest news on health policy and ASCO’s advocacy efforts at ASCO in Action.