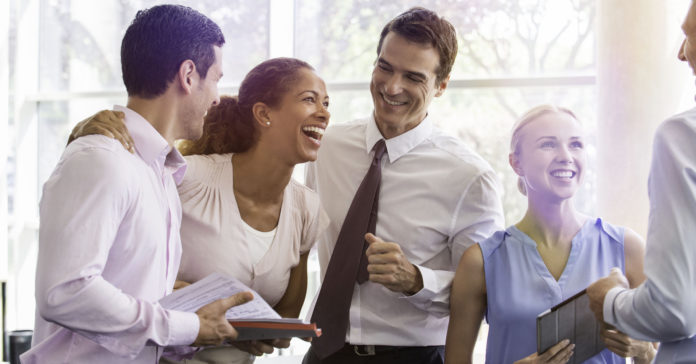 In every office, I’ve often felt, there are just a few people who do three times the work of everyone else, yet their reward is only marginally higher. As an entrepreneur, I’ve been managing my own productivity time—not on-the-clock-time—pretty effectively for over 15 years, and I’ve largely been able to work fewer hours than my friends in the corporate world. So when I started Tower, my company that sells stand-up paddle boards, I figured (or at least hoped) that I could hire just these types and give them a better deal in the process.

So while we operated on a standard eight-hour workday at first, just like most other companies, I wanted to put my theory to the test. And it also seemed like freeing up employees’ afternoons for the outdoor lifestyle the company promoted would be a natural fit. So on June 1, 2015, I initiated a three-month test. I moved my whole company to a five-hour workday where everyone works from 8 a.m. to 1 p.m. Over a year later, we’re sticking with it. Here’s why, and how we made the change work.

When we kicked off the pilot program, I told my employees I wanted to give them two things. First, I simply wanted to give them their lives back—so they’d have a pass to walk out each day right at 1 p.m. as long as they proved highly productive. Second, I wanted to pay them better for more the more focused effort that would take. Their per-hour earnings were set to nearly double overnight: we’d be rolling out 5% profit-sharing at the same time.

Prior to the switch, an employee making $40,000 a year would’ve been paid $20 per hour ($40,000 divided by 2,000 hours per year). With the profit-sharing program leading to about $8,000 per person, that same employee would now make about $48,000 but only have a baseline of 1,250 hours per year, so their per-hour earnings would jump to $38.40. And it was crucial to me that this didn’t increase the company’s expenses by a single dime—there’d be no increased financial risk to our bottom line.

In exchange, though, I had a big ask: I needed each of my team members to be twice as productive as the average worker. We had a high bar of productivity to clear before this, and that didn’t change. I told them they just needed to figure out how to do it all in just five hours now—but there’d be support: we’d all need to figure it out and were in this together. If anybody couldn’t, though, they’d be fired. The pressure was real, but so was the incentive to meet the challenge; their workweek had suddenly become better than many people’s vacation weeks.

The results have been astounding. We’ve been named to the Inc. 5000 list of America’s fastest growing companies the past two years (we ranked #239 in 2015). This year, our 10-person team will generate $9 million in revenue.

A Leap Of Faith, Made For Good Reasons

To make sure we didn’t bite off more than we could chew, I termed the pilot program “summer hours,” and set the expectation that we’d go back to traditional hours in the fall. This made some room to keep an eye on anything that might go wrong. I was concerned that our reduced customer-service hours and shop hours would mean an equal reduction in revenue. My gut told me that attracting better people, making them happy, and getting out of their way would compensate for these limitations, but we’d need to prove that. I actually suspected things would go down a bit, but the net effect would be worth it.

The reality is that we didn’t take a hit at all. Our annual revenues for 2015 were up over 40%. All our numbers were improving, in fact. When I tell people my team only works five hours a day, their response is always, “That’s nice, but it won’t work for me.” The 9-to-5 workday (or worse) is so ingrained that it’s hard to imagine anything else.

Being a beach lifestyle company, where our whole brand is wrapped up the notion of a healthy work-life balance, the idea that should be working differently, too, if we truly wanted to live differently, wasn’t as much a leap. But if you ask me, we’re more of an online marketing agency that happens to own a surf brand. There’s no reason that virtually any company that employees a large chunk of knowledge workers can’t cut its hours by 30% and still succeed.

The case against ballooning hours is familiar to most and doesn’t need to be rehearsed. Humans aren’t machines; productivity declines the longer you spend with your nose to the grind. On the flip side, it’s been found that happier workers are more productive. Having time to pursue your passions, nurture your relationships, and stay active gives you more emotional and physical energy overall—including to do your job well.

But there’s a less-discussed upside to a shorter workweek, too. In their book Scarcity: Why Having Too Little Means So Much, Sendhil Mullainathan and Eldar Shafir write that having less time creates periods of heightened productivity called “focus dividends.” By trimming your workday down to five hours, time management comes baked into the pie, forcing high-value activities to take priority.

How To Make Working Less Work For Everyone

To be sure, a five-hour workday might not work for every type of worker. But for the vast majority of knowledge workers, clocking fewer hours that generate higher productivity is feasible if you keep these tips in mind:

1. Apply the 80-20 rule. You’ve heard this one before, but it’s critical. The well-known Pareto Principle dictates that 80% of production comes from 20% of efforts. If you can identify those 20% activities in your company’s typical workday, you’ll be able to cut the rest.

The 5% profit-sharing we began offering at the same time we shortened the workday was mean to help my team shift to a production mind-set. This way, employees are rewarded for how productive they are, not how long they’re on the clock.

3. Nix the “always available” attitude. One of my biggest reservations about a five-hour workday was reducing our customer service department’s hours. I worried that if we cut our open hours in half, we’d lose half our business. But we weren’t running a convenience store, after all; our customers bought new paddle boards maybe once every five years. It didn’t matter when we were open as long as our customers knew our hours. And the same proved true with our phones. We still get roughly the same number of calls each day, just at a faster clip. And many of those would-be callers now “self-serve” themselves through our website.

4. Use technology to boost efficiency. The five-hour workday exposed weaknesses that had been hidden by hourly work. To allow our warehouse and customer service employees to work 30% less (without growing our staff), we had to creatively figure out how to serve the same number of customers in less time. The obvious solution was automation. In the warehouse, we reduced our packing and shipping time using software. In customer service, we overhauled our FAQ page and created video tutorials to help customers help themselves.

Once you put a time constraint on work, it forces you to consider how you can get technology to do the heavy lifting so your output doesn’t suffer. We learned that even in our instant-gratification society, being available all day isn’t necessary. You just need to communicate when and how you’re available.

5. Don’t restrict yourself to a 25-hour week. My employees know they can always walk out of the office guilt-free at 1 p.m., and most do most of the time. But it isn’t forbidden for the occasional high performer to still put in a 12-hour day when it’s really crucial. The key is that those crunch periods remain the exception to the rule—which you need to hold up in spirit, not enforce to the letter.

Moving my staff to a five-hour workday was one of the hardest decisions I’ve ever made, but today my employees are happier, more productive, and better invested in the business. I’ve since had incredibly high-performers at local companies send us resumes completely unsolicited. We’ve been able to recruit extremely talented people away from jobs where they were making six-figure salaries to come work at Tower for much less.

Someday, when we’re a bigger company, we’ll be able to start people at $80,000 to $100,000—and still let them walk out the door at 1 p.m. When that day comes, we’ll be snatching all the best talent from every company in town. That’s what I’m betting, anyway—after all, this experiment is only a year old, and it doesn’t stop here.

Locusts May Be Able to Sniff Out Cancer for Early Detection